Introducing HUMAN Protocol: A new way for humans and machines to securely connect and collaborate 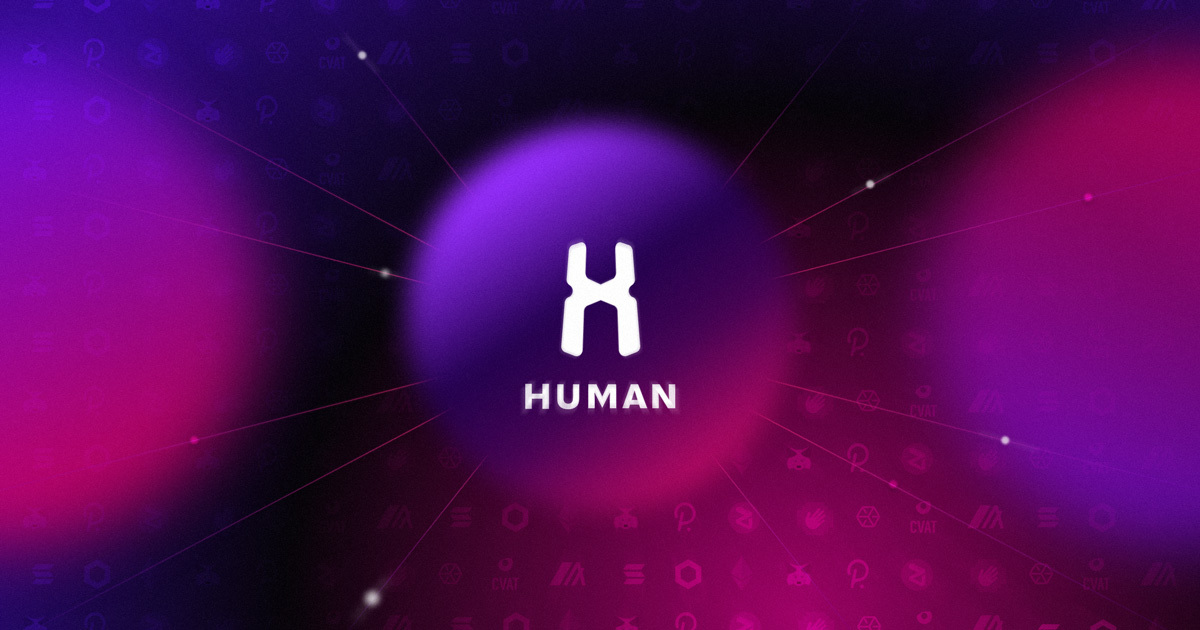 Disclosure: This is a sponsored post. Readers are encouraged to conduct further research prior to taking any actions. Learn more ›

HUMAN Protocol is an infrastructure to reshape how humans work, by supporting distributed job markets in which any job, of any size or type, can be securely tokenized, published, and completed. The Protocol facilitates direct, globally mapped connections that bring workers closer to the rewards of their work, organizations to workforces, and machines to understanding.

HUMAN Protocol also provides the tools for better human-to-machine collaboration; within the job markets it supports, AIs can handle repetitive tasks while humans focus on specialized or creatively challenging tasks.

HUMAN’s vision is to create a more human world: disintermediated yet connected, with every viewpoint and background accounted for and represented, in which all value produced is rewarded.

To improve a digital world, we must address its foundations: the mechanisms and systems through which we connect, interact, and collaborate. HUMAN enables distributed job markets, but it is not the job market itself. Rather, it provides the tools, infrastructure, plugins, and APIs to support broad-scale data markets – which, in time, will become markets to support any type of work. It connects distributed workers with global opportunities to empower an already flourishing gig economy, to ensure it is workers, not corporates, that have control over the opportunities available to them, and receive more value from their contributions.

New technologies require new data. Data informs the capability of machines to accurately interpret the world. A company producing a smart car may require data to be labeled by up to 40,000 people; as the size of the data sample increases, so does the accuracy. Currently, it is difficult to hire such a workforce. Organizations are forced to rely on traditional data vendors, which provide untargeted, less relevant datasets that are susceptible to greater bias.

If organizations can select who labels data, they can better assure the relevancy of the dataset produced. HUMAN Protocol provides the end-to-end infrastructure – the tools, plugins, integrations, and API – to hire, manage, validate, and compensate workers at scale. The job markets it supports are secure and automatic; various Protocol systems handle the publishing and distribution of work tasks, the validation of completed tasks, and the release of funds. The Protocol provisions trust between distributed parties, ensuring organizations can more reliably access global workforces, and that workers, based anywhere, can access global opportunities.

HUMAN Protocol is designed to distribute tasks across the globe in pursuit of more balanced and accurate information. For example, it can look for variation in responses to arrive at a consensus of what’s true: an amalgamation of thousands or millions of perspectives. The network enables automatic objective measurements of all work done. This includes a network of Validators and a two-part oracle system, which securely verifies the successful completion of tasks and the information provided to the network.

Three key entities within HUMAN Protocol are Requesters, Workers, and Exchanges. Every application to run on or integrate HUMAN Protocol functions as an exchange: a matchmaker between jobs published by a Requester, and tasks completed by Workers.

A job is a request for work – represented as a group of tasks to be done – published by the Requester. There are many standard job types represented within HUMAN Protocol. Alternatively, the Requester can select a custom job type.A task is any labor performed by a user – a Worker – in which value is produced. Each task represents an individual work interaction: the labeling of data, the identification of correct information, the solving of a puzzle. A single job can be made up of thousands or millions of tasks. An organization may want to develop a dataset targeted at a specific topic, achieved through the completion of thousands or millions of tasks by a distributed workforce.Jobs are broken down into their composite tasks, each of which can be independently completed by a Worker. An example of a job type may be to scan a page. An example of a task within that job type may be to type in the displayed letters or numbers, or affirm their correctness.For many types of jobs – such as the labeling of data – the result is improved through the diversity of the workforce completing it. Global diversity in human-to-machine interactions is critical to empowering a new generation of AI and ML technologies.Every completed task is a handshake, signifying work requested, work completed, and transactions made.

HMT is the native token of HUMAN Protocol. It is the primary mechanism of value transfer within the network. Those wishing to have a million images labeled must fund the smart contract with HMT; the websites and Workers on the other end, who complete the work, are paid in HMT. Network service operators are also compensated in HMT. There is a fixed supply of the HMT token.

To learn more about HUMAN Protocol’s architecture, visit the HUMAN technology page – or, for a breakdown of how jobs are securely published, validated, and fulfilled, read the blog piece on the lifecycle of a HUMAN job.

A home for the world’s largest workforce

The first application to run on HUMAN Protocol is hCaptcha: a widely adopted, privacy-protecting alternative to traditional CAPTCHA systems. hCaptcha is interacted with by 15% of internet users, representing the world’s largest data-labeling workforce. This is only the beginning, however. HUMAN and its partners are working to bring the Protocol to more applications, each functioning as an Exchange between Requesters and Workers, to realize new distributed markets and ways of working, and increase the points of human-to-machine interaction.

HUMAN Protocol already produces a large volume of work interactions; to not overload any single blockchain, thousands to millions of tasks are batched into each transaction. Interoperability is key to HUMAN Protocol’s scalability, and to supporting the growth of the distributed markets that it enables. As more applications integrate with HUMAN Protocol, creating and incentivizing two-sided markets, the number of transactions and tasks rewarded will require further cross-chain distribution. To support this, and as part of the Foundation’s goal to gradually decentralize the Protocol, HUMAN has partnered with Solana, Polkadot, and Chainlink, with further partnerships planned.

HUMAN Protocol’s purpose is to grow and support distributed markets. This can propel a new generation of AI and ML technologies and gig economies, and is supported by the applications that currently run on it. Now, alongside the HUMAN community, developers, and enterprises, HUMAN enables everyone to explore the possibilities the Protocol provides, realizing the secure and transparent tokenization of more types of labor across more applications.

To learn more about available integrations and APIs, visit the developer page.

For more information on HUMAN Protocol, visit the website or blog. Alternatively, follow us on Twitter or join our community Telegram channel to receive the latest updates.

Join now for $19/month Explore all benefitsPosted In: DeFi, Sponsored