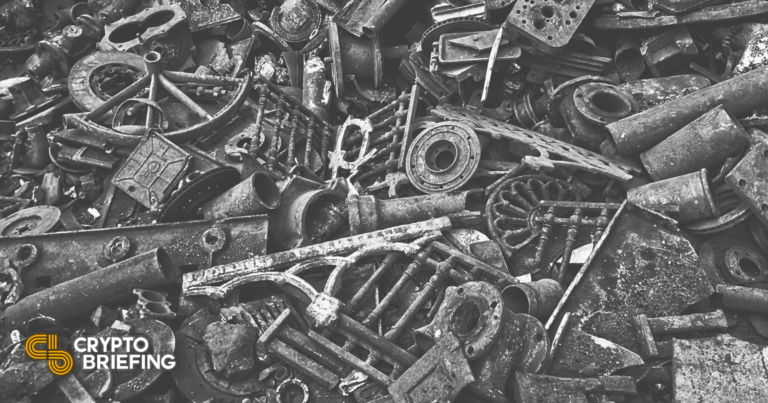 Iron Finance’s governance token completely collapsed last night. According to the team, the project’s TITAN token suffered from a bank run after users were urged to remove liquidity from all pools.

TITAN, the governance token that backed IRON, collapsed last night due to a massive selloff. The token price crashed from around $60 to $0.00000006, as per data from CoinGecko. Meanwhile, the IRON stablecoin is trading at around $0.70 (stablecoins like IRON are meant to stay pegged to an asset—in this case, that’s the dollar).

The stablecoin was backed by USDC and TITAN in portions of 75% and 25%. Iron Finance launched on Polygon less than a month ago and quickly attracted over $2 billion in liquidity.

It is still not clear what was the reason behind a near-zero price collapse. Many have speculated that the crash could have been due to a “rug pull,” a situation where project founders make off with the users’ funds locked in smart contracts. However, the team denied these claims. On its website, it wrote:

“There is no hacks, no exploits or rug-pullings.”

To incentivize USDC staking in its liquidity pools, the project had offered yields up to 10,000% APY in TITAN tokens. The yield caught the attention of Shark Tank entrepreneur-turned-DeFi enthusiast Mark Cuban, who revealed that he was farming TITAN in a blog post earlier this week. Cuban tweeted that he “got hit like everyone else” last night.

While this arbitrage mechanism was meant to be the peg for IRON, it was likely the cause of the crash. Yesterday, when the stablecoin was trading under a dollar, arbitrageurs bought and redeemed IRON at a cheaper price. The TITAN tokens were continuously sold on the open market, causing the price collapse.

Furthermore, as people tried to redeem more IRON, panic spread, and this led to a bank run, meaning everyone tried to redeem their IRON tokens at the same time. The sell pressure continued until TITAN’s price fell to almost zero.

This issue was pointed out by Millenial Finance’s lead developer, z80Ðev, a few days ago. They wrote:

Now what worries me is the opposite scenario. When $IRON < $1, the opposite arbitrage opens up. It becomes profitable to buy $IRON for < $1, and then redeem it for ~0.72 USDC and the rest in $TITAN. Someone doing this likely will market sell that $TITAN for USDC

Iron Finance said that it would publish a post-mortem after it has a better understanding of what caused the sudden collapse. Regardless of TITAN going to zero, Iron Finance’s vaults still contain more than $200 million worth of USDC. The team has promised it would allow IRON holders to redeem $0.748 worth of USDC per token from this evening.

The head of an algorithmic stablecoin project has admitted to Crypto Briefing that legal uncertainty in the United States is an “enormous” burden, both financially and developmentally. The absence of a legal…

Algorithmic Stablecoin Crashes 50% as Devs Scramble for a Fix

The FEI stablecoin experiment has failed to maintain a peg with the USD, as $1.2 billion ETH is stuck in the smart contract. FEI Stablecoin Failure Fei protocol investors have…

Yield Farmers Are Migrating to Polygon

Polygon offers a similar yield farming experience to Ethereum mainnet at a fraction of the cost. Key metrics show that DeFi power users are starting to migrate to the network….