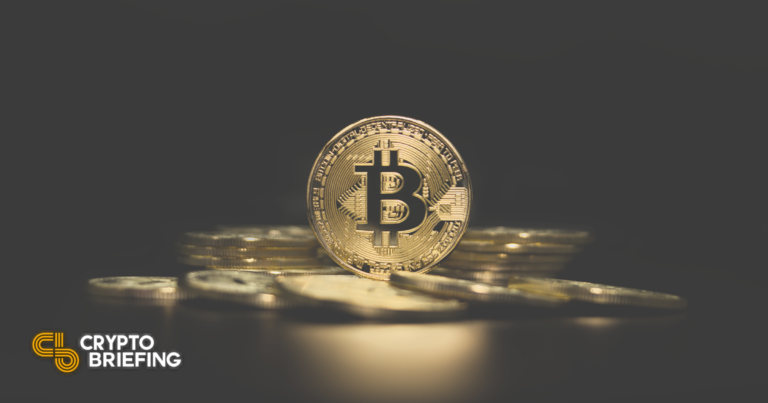 Taproot is the Bitcoin network’s first update in four years. It comes after the Segwit update divided the community and led to the separation of Bitcoin and Bitcoin Cash.
Taproot combines the public keys of all users in a complex transaction in a new unique key. This increases privacy and reduces necessary block space.
Taproot opens the door to smart contracts on the Bitcoin network and will be implemented in November 2021.

Taproot, the first update to the Bitcoin protocol in four years, will provide better privacy and security to the leading blockchain. Crucially, it will also improve smart contract efficiency.

Bitcoin’s highly anticipated Taproot update was accepted by more than 90% of the blockchain’s mining hashrate over the weekend, signaling that the majority of the community is ready to implement the change to the protocol. Taproot is Bitcoin’s first update in four years, following the divisive Segwit update that spawned Bitcoin Cash. Although Binance showed some resistance to Taproot, it now seems to have gained approval across the Bitcoin community. Taproot was locked in at block 687285 to celebrations across social media. SlushPool, one of Bitcoin’s leading mining pools, mined the block Saturday.

To understand the benefits of Taproot, it’s necessary to have an understanding of how on-chain transactions work. In essence, a public address produces a cryptographic proof that it has all the proper permissions to make a transaction. To do so, it uses its private key to provide a unique signature and prove that the transaction is truly coming from the user.

Taproot will combine the public keys of the users participating in a smart contract and create a new public key. That key can then create a unique signature which is only possible for that particular combination of addresses. These digital signatures are called Schnorr signatures, invented by the German mathematician Claus Schnorr in the 1970s.

These signatures have two advantages over their previous implementations. First, they hide individual users’ public keys in any smart contract, meaning only the unique combined public key is visible on the blockchain. Second, they drastically reduce the amount of space required in any block to create complex smart contracts. Notably, a smaller signature requires lower fees, something that many Bitcoin users would likely welcome. The cost of using the network hit new highs in April as the price of the asset surged.

Effectively, Taproot will make complex Bitcoin’s complex smart contract interactions look like simple payments between two public keys. The ability to run smart contracts potentially paves the way for Bitcoin to run similar DeFi activities to those found on Ethereum. These changes will also apply to the Lightning Network, which might the best place for smart contracts to live on the Bitcoin network. Taproot is scheduled to launch in November 2021.

Disclaimer: The author held ETH and several other cryptocurrencies at the time of writing.

Bitcoin Core is relatively conservative, prioritizing simplicity and security over an abundance of features. That doesn’t mean the network is the same as it was back in 2009, however.  After…

Bitcoin jumped over 10% to almost $40,000 after an Elon Musk tweet and confirmation of the blockchain’s Taproot update brought positive sentiment to the market. Bitcoin Ascends Bitcoin is flirting…