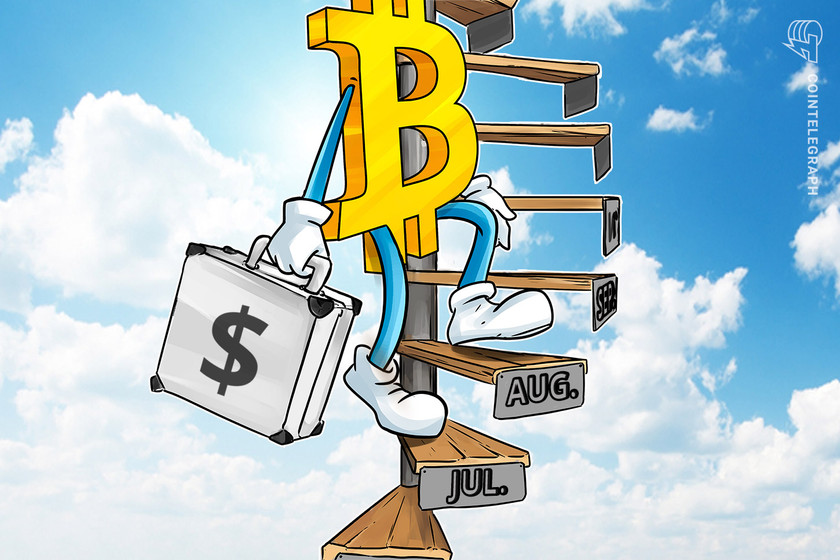 That’s according to analyst PlanB, who on June 20 released his latest sentiment-busting bullish BTC price prognosis.

Well known as the creator of the stock-to-flow Bitcoin price forecasting models, PlanB has repeatedly bucked the overall market mood in recent weeks and months.

Even as BTC/USD sees multiple retests of lows from months past, the analyst — and his models — remain firmly fixed on a far brighter mid-term goal for the largest cryptocurrency.

Now, even the “worst-case scenario” for Bitcoin would still see it trade at $47,000 in August. A slight reversal in September places the minimum target at $43,000 for that month, only to be followed by $63,000 in October — near current all-time highs.

As such, Bitcoin is still four months from re-matching its all-time high — a prediction that nonetheless beats some bearish models currently circulating from traders.

These include Josh Rager, who this week claimed that $64,500 may well have been this price cycle’s top — something PlanB has specifically renounced on multiple occasions.

“Wait until you seen my base case and best case scenarios! OK, a hint: best case Dec $450K,” he added in comments about what Bitcoin could be capable of in 2021.

As Cointelegraph reported, meanwhile, the weekend is seeing problematic moves by Bitcoin.

Sunday’s low stood at $33,337 on Bitstamp at the time of writing, with BTC/USD shedding 5% on the day and reversing most of the previous week’s gains.

Calls for a further leg down are growing from various sources, with Robert Kiyosaki, author of “Rich Dad Poor Dad,” being the latest high-profile voice going short.

“Biggest bubble in world history getting bigger,” he warned about the overall macro market climate on Saturday.

Such an event would echo March 2020, with commentators continuing to note the constant all-time highs on equities markets regardless of noises from central banks.