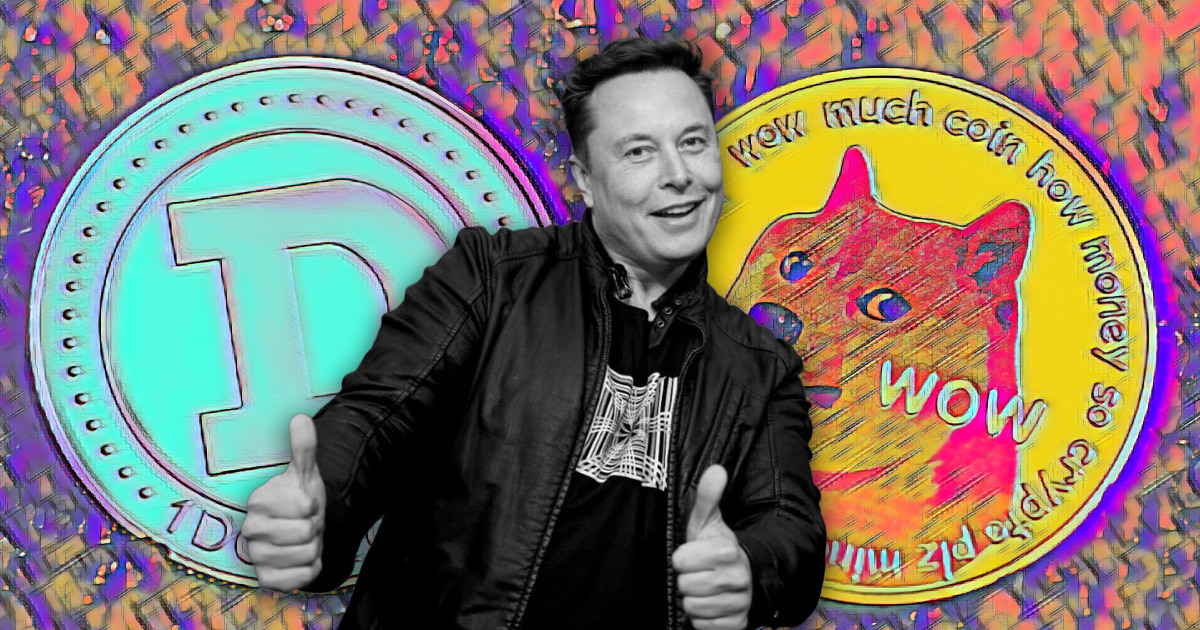 “Crypto-villan” Elon Musk has been quiet regarding cryptocurrencies in recent weeks. That was until he relapsed today by replying to a tweet from Dogecoin co-founder Billy Marcus.

Dogecoin is best enjoyed when funny

Marcus tweeted that the Dogecoin narrative needs to stay funny, adding that seriousness “ruins its charm.”

“IMO, $DOGE is at its best when it’s funny. Wanting the future world / universe economy to ironically be satirical meme money is a fun story that people can get behind. When people get too serious or militant about it, for me, that ruins its charm. Keep $DOGE fun and absurd,” he said.

He also forwarded a Reddit post he made in 2014, titled “Keep Dogecoin Absurb,” saying a similar thing. Marcus stated that Dogecoin’s appeal comes from having fun and parodying the ridiculousness of cryptocurrency.

Musk responded to Marcus’ message most succinctly, with a simple clicking of beer glasses emoji.

At the time of the reply, the price of Dogecoin initially spiked to $0.28. But as the day has worn on, DOGE has given up all the gains, sliding further to the bottom at $0.25.

Although lunchtime GMT has seen a fightback of sorts, the current candle is forming an inverted hammer on the hourly chart at the time of writing, signaling a potential turning point higher.

The floodgates have opened

Dorsey was promoting “The B Word,” an initiative that seeks to dispel myths and false mainstream narratives surrounding Bitcoin.

According to their website, the organization is focused on institutional adoption and raising awareness of network issues with a view to solving them.

Responding to the tweet, Musk sought to uncover what “B” stood for by replying with “Bicurious?”

Dorsey offered to discuss things with Musk at the next B Word event and rather cleverly deflected Musk’s trolling with the suggestion he can explore his personal curiosities then.

Let’s you and I have a conversation at the event. You can share all your curiosities…”

Not content with this, Musk sent tongues wagging when he tweeted about “Floki.” True to form, his tweet is open to multiple interpretations.

My Shiba Inu will be named Floki

Also, having launched today, Floki is a BEP-20 sh*tcoin running on the Binance Smart Chain. Floki appears to be another dog-inspired meme coin.