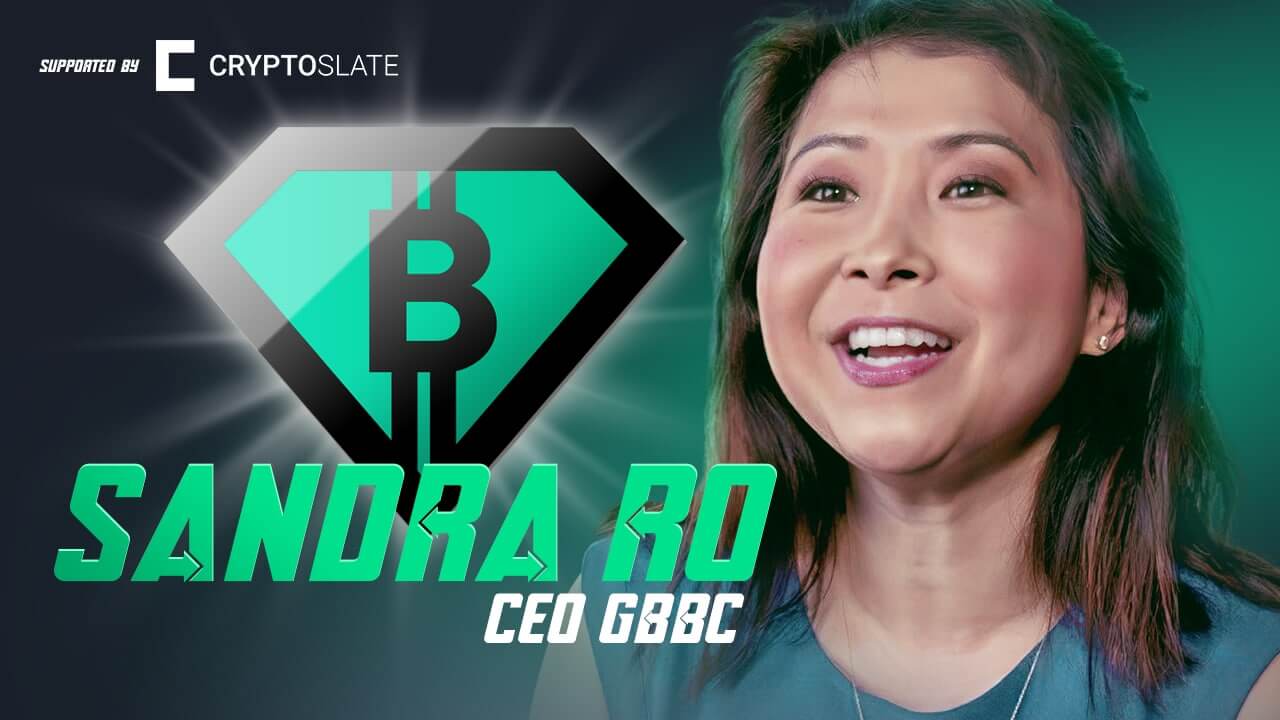 Sandra Ro is CEO of the Global Blockchain Business Council, serving the council and crypto community to foster education and build bridges across enterprises, governments, and start-ups to help fulfill the potential of blockchain technology to solve real-world problems and help society.

Today, Ro sat down with Alex Fazel, host of crypto edutainment show CryptoNites, to discuss all things crypto, blockchain, and trending topics like Ethereum 2.0, e-money, the need for decentralized identifies, and several other crucial ideals.

Here’s a snippet of what they discussed!

Fazel kicked off the show with a question on how Ro would like to see the general mindset evolve in crypto circles.

“We have this view that we want to bring the brightest minds and the best, you know, the kindest hearts together because together, you can make money, be successful, create opportunities, but also solve real-world problems that frankly, and be a voice to folks in society who don’t have a voice,” Ro said.

She added, “So what can you do to help solve that, whether you care about climate change, or empowering women and girls, or whatever the topic is, find something that means something to you, and help the people who don’t have that voice and the influence and the money to be able to make that change.”

“And I think, you know, I wouldn’t be very careful not to be judgmental, because people could do whatever they want with their wealth. But I would hope as a community, we’re not going to do the same things that the former generations did.”

The conversation shifted to ETH 2.0, Ethereum’s long-awaited, upcoming move to proof-of-stake from its current proof-of-work consensus design. While the genesis for ETH 2.0 was launched back in 2020 and the protocol is already live on the Ropsten testnet, it remains plagued with continuous delays (considered both the scale and the complexity of the move).

Here’s Ro’s thoughts on the matter: “I know we’ve all been waiting for a long time. And it’s difficult. You know, I’m not one sitting there developing, I’m certainly not going to make a comment on how hard everyone’s working to get this done.”

“And there are just so many challenges. But we just had a conversation actually yesterday with Joe Lubin of consensus. I think there’s growing optimism, cautious optimism that we’ll get there this year. I think we really need it as a community. And, you know, let’s face it, a lot of people are building on Ethereum,” she added.

“And it’s really critical infrastructure at this point, it’s not an option. It’s really like, we need it.”

(Want to know what Ro says about government interferences in the crypto space, altcoins, and ‘e-money’? Catch the rest of the interview right below, available for streaming in its entirety!)