Was the Dfinity Team Responsible for ICP’s 95% Crash? 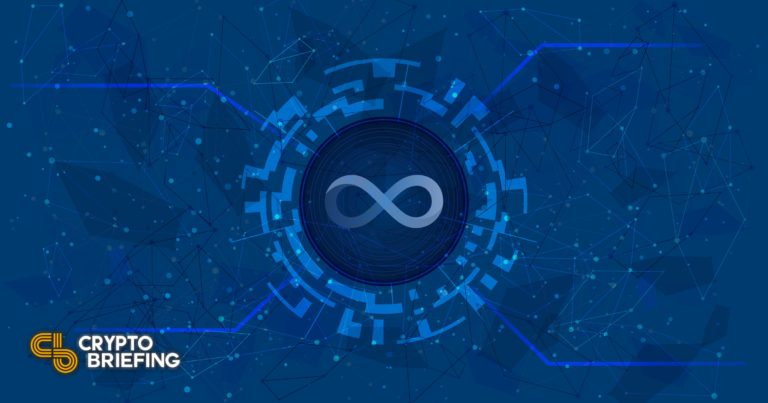 Dfinity’s native token ICP dropped 95% from its highs in the space of a few weeks.
Independent research from Arkham reveals that the Dfinity Foundation may have dumped tokens on retail while blocking early investors from selling.
The founders have denied the allegations and blamed market euphoria and a general correction in crypto markets for the price action.

Since its launch, a 95% crash in ICP’s token price has raised suspicions that Dfinity Foundation carried out crypto’s biggest ever rug pull. Although the team has denied all allegations, it has lost its luster as one of the most promising decentralized ecosystems.

After Dfinity’s ICP token tanked 95%, some signs suggest that the team carried out a rug pull.

Dfinity’s token launched on May 7 and saw subsequent listings on leading exchanges like Binance and Coinbase, helping it to surge to $630 within days. However, the drop came just as quickly, with the token recording negative gains almost every day since.

Like many previous token dumps, Dfinity’s token distribution process had raised several worrying signals that dented investor confidence. Arkham recently published a report on the Internet Computer token, tracing the flow of tokens from the foundation to exchanges without any public correspondence of ICP distribution from the team. The report noted:

“Our analysis has led us to believe that possible insiders connected to Dfinity have been dumping billions of dollars of ICP on exchanges at the expense of small early supporters and retail investors.”

What stood out from the beginning in Dfinity’s complex design and tokenomics was the different vesting periods for early investors and the developing team.

The early seed investment round in 2017 was open to the public for $0.03 per ICP; the team had raised $3.9 million from 370 investors. These investors were allotted a quarter of the supply. However, that came with a 12-month vesting period after distribution in May.

There is a 12-month vesting schedule for presale tokens (which make up 4.75% of all ICP tokens). 1/12 of these tokens are unlocked each month, over 12 months, starting from the token distribution date. There hasn’t been any announcement of a vesting schedule for airdrop tokens.

Many of the project’s investors began cashing in gains of between 100x and 10,000x from investments they had made before 2018.

Moreover, up to 50% of the supply allocated to the Dfinity Foundation, its advisors, team members, and the Internet Computer Association was not subject to a similar vesting schedule.

According to research from Arkham, Dfnitiy—which holds 25% supply—transferred 18 million ICP tokens worth $3.6 billion to exchanges from its treasury in May and June. These transactions involve direct transfers to exchanges worth $2 billion and the rest was via alleged insider trading.

Dominic Williams, the founder of Dfinity, confirmed in a tweet that the Dfinity Foundation’s tokens were not vested and were instead earmarked to lock for staking on the network. Williams has also denied allegations that the founders dumped tokens and carried out a rug pull.

Foundation didn’t vest itself but plans on putting most of its ICP into neurons. It is doing this carefully to make sure foundation+team members don’t control the network (you wouldn’t believe it based upon what you hear, but in actual fact, we care a lot about decentralization!)

Nevertheless, the price action raises significant suspicions around a dominant force benefitting from the selloff, particularly after the token reached a top three position in cryptocurrencies by market capitalization.

The crypto community had high hopes for Dfinity’s “Internet Computer” vision, which promised a full-stacked decentralized ecosystem with an all-star developer team. Naturally, many market participants had invested and were eager to get on the ICP bandwagon.

Whether retail or a large whale was responsible for the dump, the coveted team has lost much of its credibility in the last few months. ICP is up 85% from lows of $28.30, last trading at $50.

Dfinity Mainnet Is Ready for New Age of Web Apps

“CanCan,” a decentralized alternative to TikTok, is aimed at demonstrating the capabilities of Dfinity’s software platform. Dfinity came onto the scene in 2018 after a flurry of investments led by…

6 Crypto Projects That Had Damn Well Better Deliver in 2019

If there’s one thing the mainstream business media and their allies in banking managed to achieve in 2018, it was to throw shade on the entire blockchain industry. There’s no…