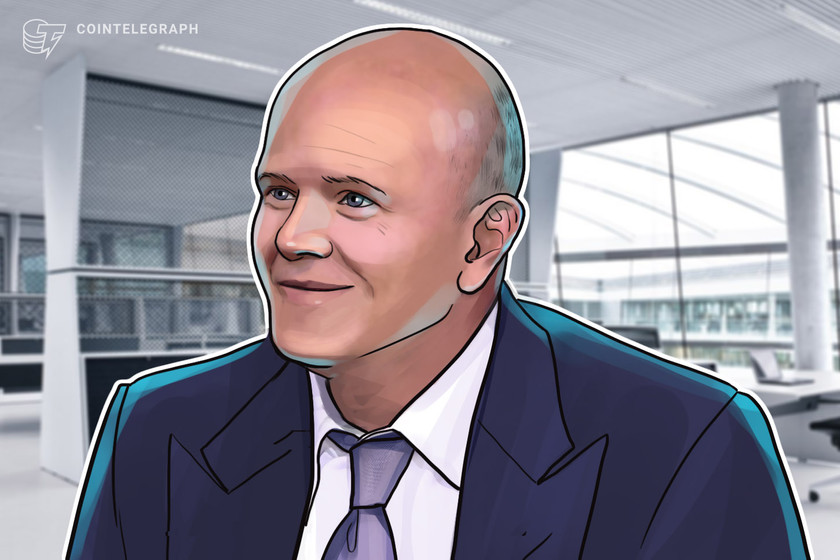 As major miners are leaving China one after another following the country’s crackdown on Bitcoin (BTC), Galaxy Digital CEO Mike Novogratz has echoed other experts in seeing the migration out of China as a positive development.

Novogratz explained on Bloomberg that despite China’s attempt to undermine Bitcoin — like banning mining, banning leverage, and even banning Bitcoin in some places — the original cryptocurrency is still alive and kicking. “Bitcoin still exists and survives in lots of ways,” he said, adding that miners’ migration out of China could be “a big net positive for the ecosystem.”

The last couple of weeks, where the crypto market experienced high volatility with sudden price crashes across the board, was an amazingly successful test for the crypto ecosystem as a whole, according to Novogratz.

“We had a crash,” Novogratz summarized, referring to the 65% drop in Bitcoin price from the all-time highs, adding:

“We didn’t have the plunge protection team. We didn’t have lawsuits. The system worked how it was supposed to work. It is a very robust system that has been built in a small amount of time.”

Speaking on the public perception of the crypto ecosystem, Novogratz singled out Bitcoin as “it carved out its lane” as digital gold. Gold has existed for 3,000 years, he reminded, adding, “I expect Bitcoin to be the digital version of gold for the next 3,000 years.”

Novogratz said that he thinks “Ethereum most likely becomes the second biggest, or maybe even the biggest cryptocurrency one day.” It’s going to be used at the base level of trust, he summarized, “The Web 3.0 where things get built on top of it.” He noted that it has strong competitors like Terra and Solana and it’s not an assured win for Ethereum.

“This is not us punting on coins with funny names. This is a serious approach to rebuild the financial architecture of the world.”