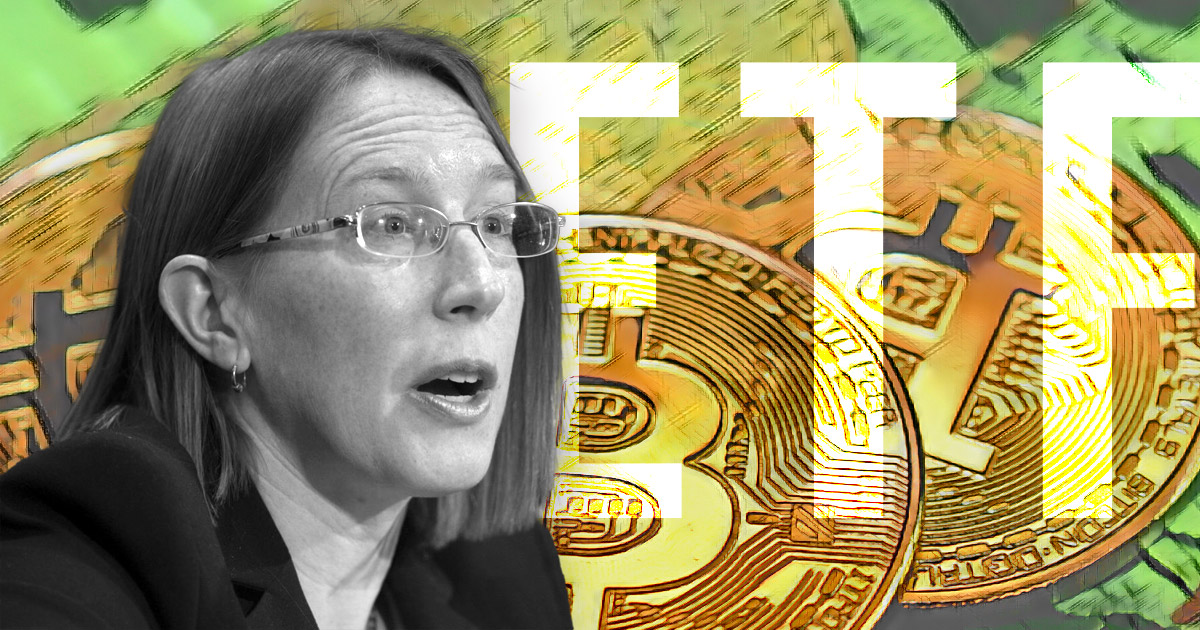 The Securities and Exchange Commission’s (SEC) unwillingness to approve a Bitcoin exchange-traded fund (ETF) in the U.S. is outdated and borders on double standards, according to the agency’s commissioner Hester Peirce, also known as “Crypto Mom.”

“That is probably the biggest, the most-often-asked question that I get: When will the SEC approve a Bitcoin exchange-traded product?” she acknowledged in an interview with CNBC published yesterday.

The SEC should have approved a bitcoin ETF a long time ago, regulator Peirce says https://t.co/6NG5DgvRT0

If approved, crypto-focused ETFs would allow institutional investors to get exposure to digital assets without actually holding them. ETFs are a type of investment funds that comprise certain assets (or baskets of them) and issue shares whose prices are pegged to those assets.

Unlike already existing crypto funds such as Grayscale Investments’ trusts, shares of ETFs are freely tradeable on traditional platforms alongside other “old school” financial products. However, despite numerous attempts to register a Bitcoin ETF—the latest application was filed by VanEck in June—the SEC has declined all such filings over the past few years.

“People of a regulatory mindset, when they encounter something new like this, say, ‘Oh, wait a minute: The market for Bitcoin looks a bit different than the markets we’re used to,’” Peirce explained.

Back in 2020, she said that the SEC adheres to a “unique, heightened standard” when it comes to cryptocurrencies. Thus, the regulator applies different rules to everything that involves digital assets—and much harsher ones than the ones it enforces on traditional equity products.

Nonetheless, the crypto market keeps growing and maturing, so this old way of thinking is becoming obsolete, Peirce noted.

“So, I think the markets have matured quite a bit,” she argued. “I thought that if we had applied our standards as we have applied them to other products, we would already have approved one or more of them. With each passing day, the rationale that we have used in the past for not approving seems to grow weaker.”

Further, the lack of officially regulated Bitcoin ETFs not only can be perceived as a double standard but could also push investors to other, much riskier alternatives, Peirce continued.

“The complications of not approving [a Bitcoin ETF] become stronger because people are looking for other ways to do the same kinds of things that they would do with an exchange-traded product,” she noted. “They’re looking at other types of products that aren’t as easy to get in and out of, they’re looking at companies, perhaps, that are somehow connected with Bitcoin or crypto more broadly.”

To BTC or not to BTC?

Ultimately, people should be free to decide for themselves whether to invest in Bitcoin or not, Peirce argued. Especially since as it stands today, the infrastructure of the Bitcoin blockchain is much more robust and decentralized than it was just a few years ago.

“Bitcoin now is so decentralized. The number of nodes that are involved in Bitcoin is large, and the number of people who have an interest in keeping that work decentralized is very large,” Peirce said.

“People should make their own decisions: If people don’t want to buy Bitcoin because they think it’s manipulated, they shouldn’t buy Bitcoin,” she concluded.