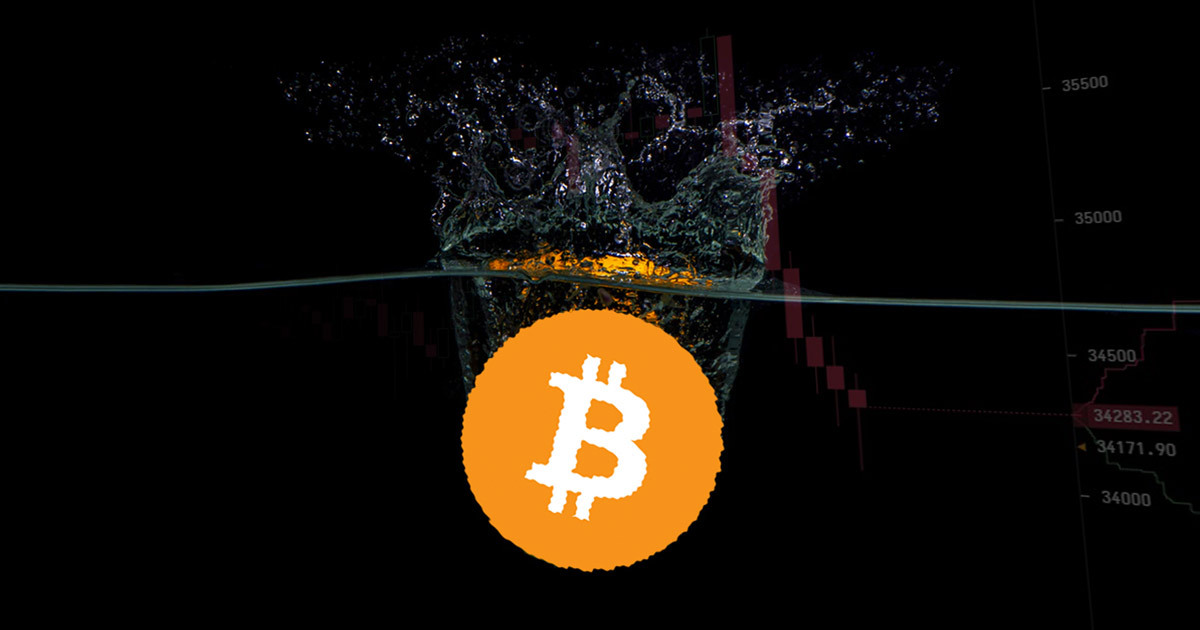 Bitcoin fell $1,000 this morning in a sudden drop, taking along with the rest of the crypto and racking up $7 million in ‘liquidations,’ data from several sources shows.

‘Liquidations,’ for the uninitiated, occur when leveraged positions are automatically closed out by exchanges/brokerages as a “safety mechanism.” Futures and margin traders—who borrow capital from exchanges (usually in multiples) to place bigger bets—put up a small collateral amount before placing a trade.

As the below chart shows, buyers stepped in at the $34,000 level, causing the plunge to temporarily pause. Still, Bitcoin trades under its 34 period moving average—a tool used by traders to determine market trends using historic prices—at press time, indicating further downside for the next few hours.

As such, the downward move saw other cryptocurrencies fall alongside Bitcoin, costing ‘long’ traders over $7 million. As per data analytics tool Bybt, over 89% of all futures traders were in ‘long’ positions (or betting on higher prices), losing over $7.69 million in all.

$3.6 million of long liquidations happened on futures powerhouse Bybit. OKEx and Binance followed with $1.45 million and $1.28 million in liquidations respectively.

11% of ‘short’ traders were liquidated as well, with $914,000 lost to the move (while short traders bet on falling prices, they may have used higher leverage that resulted in even them getting liquidated).

Meanwhile, the plunge further shows that while Bitcoin’s recent adoption (or consideration) as money in some nations provides for a shifting narrative, it remains a highly volatile asset class that’s still in its nascency.