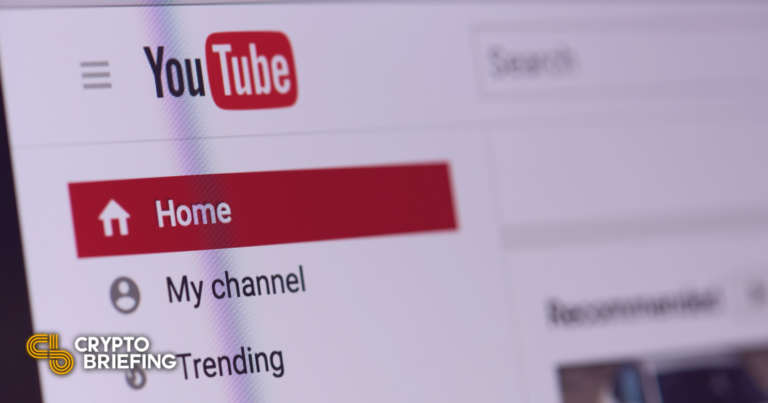 TechLead, a popular YouTuber with over 1.1 million subscribers, launched a token called Million last week.
TechLead has used his social media channels to promote the token, suggesting that investors could earn lucrative returns by buying into the project.
The account that minted the token was found to have dumped large batches of the token on the open market, and it’s now trading over 64% off record highs.

TechLead, a YouTuber with over 1.1 million subscribers, has been accused of scamming his community after he launched his own cryptocurrency.

TechLead, a former Google and Facebook employee turned YouTuber with over 1.1 million followers, has been accused of conducting a pump-and-dump scam with his newly launched cryptocurrency “Million.”

The token, which launched Jul. 1, has a hard cap of one million tokens. TechLead claims the token price cannot fall below $1 as each token is backed by $1 of his own money. On its website, it’s described as “A Decentralized Digital Currency for Millionaires by Millionaires.”

Since the launch, TechLead has aggressively promoted the token on his social media channels. In a YouTube video uploaded on the day the token was made available for trading, TechLead told his followers:

The Million token, which started trading at $1, saw massive growth over the next three days, rising over 3,500% from its launch price, according to data from Uniswap. However, the euphoria was short-lived, and by the morning of Jul. 4, the price had started to collapse. Million is currently down 64% from all-time highs.

Following the crash, accusations of a pump-and-dump scam started emerging on Twitter. Those following the situation were quick to note that large amounts of liquidity had been taken off Uniswap by the same address that minted the Million tokens.

At the same time, other users found that a previously inactive account had bought over $100,000 worth of Million tokens before the price increase.

Despite the price collapse and accusations that the project is a scam, TechLead is doubling down on the Million token. In a tweet posted Sunday night, he stated a $100 million price target for the token and urged his followers that they should “START PACKING YOUR SPACESUIT, STOP WHINING AND START HELPING.”

Look, I didn’t get into crypto for 2x returns. If you want a “safe stock,” go get some $GME or $AMC. But if you’re going to the MOON JACUZZI BAR 🚀🌕🥂 for $100 MILLION MINIMUM, then I suggest you START PACKING YOUR SPACESUIT, STOP WHINING AND START HELPING. Thanks. – your Dad

In promoting the token to his followers with references to guaranteed price gains, TechLead may have also violated the Securities and Exchange Commission’s regulations. The SEC is yet to comment on the activity.

Other online influencers have been accused of similar antics in recent weeks. Esports organization FaZe Clan recently dropped one member and suspended three after their involvement in an alleged pump-and-dump scheme.

Disclosure: At the time of writing, the author of this feature owned BTC and ETH.

Prominent esports organization FaZe Clan has dropped one member and suspended three others after their alleged involvement in a pump-and-dump style crypto scam.  FaZe Clan Denies Involvement in Scam FaZe…

Polywhale Finance, the first-ever yield farm on Polygon has been abandoned by its founding team amid rug pull allegations. Polywhale: Another Yield Farming Exit Scam? The team has stated in…

The U.S. Securities and Exchange Commission has charged five individuals in connection with the Ponzi scheme BitConnect. SEC Charges BitConnect Promoters The SEC says that from January 2017 to January…