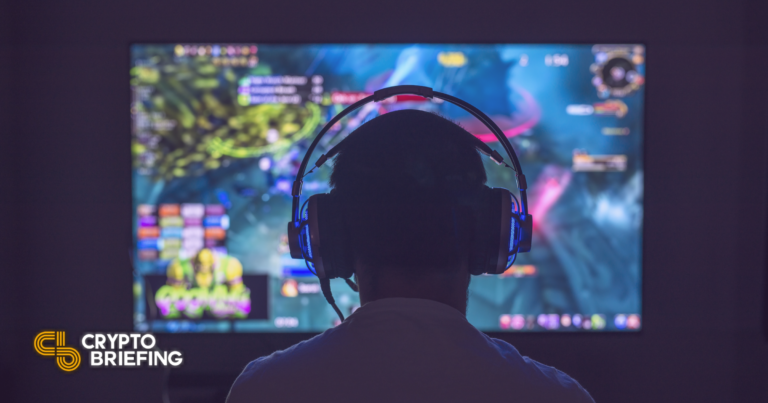 Another popular NFT-based game, Decentraland, has also seen an 18% jump in the last 24 hours.

Both games allow players to buy plots of land in an in-game world to build bases and gather resources. These plots of land are represented as NFTs. There is a finite amount of land available in the games, so competition is fierce. An Axie Infinity player recently purchased a parcel of in-game land on the marketplace for $376,000.

For Axie Infinity, players also need to buy a set of three NFT creatures, known as “Axies,” to play the game. To create Axies, players breed the Axies they already own to then sell on the marketplace. The breeding process consumes 4 AXS tokens every time an Axie is born. As more people want to play the game, the demand for Axies increases, driving more Axie breeding, which consumes more tokens. Deflationary pressure from Axie breeding may partly explain why the AXS token has seen massive gains over the past week.

Moreover, AXS holders earn a portion of the revenue the protocol generates. According to data from Token Terminal, Axie Infinity has brought in $13.6 million in the last week, far surpassing every major DeFi protocol combined.

The NFT space has seen something of a resurgence in recent weeks, with a wave of avatar-based projects like Bored Ape Yacht Club, Wicked Craniums, and Cool Cats gaining traction across the community. With games like Axie Infinity also increasing in popularity, their associated tokens are beginning to outpace the rest of the market.

Disclosure: At the time of writing, the author of this feature owned BTC and ETH.

While games such as World of Warcraft originally blurred the line between in-game economy and real money, games on the blockchain take this to the next level.  And for many,…

Decentraland has gone live on the Ethereum, opening its blockchain-based virtual world to the public for the first time after raising $24 million in its 2017 ICO. Users can now…