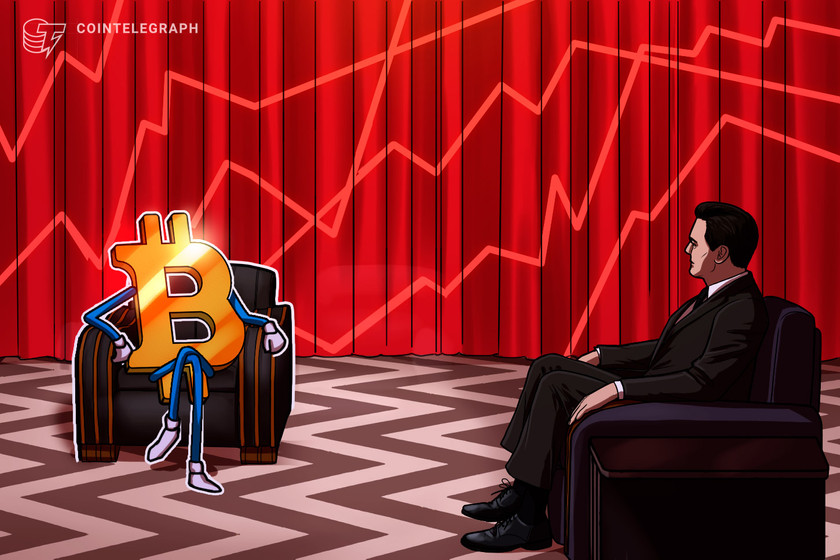 A Canada-based Bitcoin fund, operated by 3iQ Corp, has witnessed a dramatic decline in its BTC reserves since June.

Literally named the Bitcoin Fund (QBTC:CN), the closed-end investment product, was holding around 24,000 BTC in its vaults in early June. However, as the monthly session progressed, the reserves first dropped to below 16,000 BTC in a dramatic, straight-line decline.

Later, another massive withdrawal pushed the Bitcoin Fund’s BTC reserves to around 13,000 BTC, according to on-chain data from South Korea-based analytics firm CryptoQuant.

However, the withdrawals from the QBTC fund across June coincided with an inflow spike in 3iQ’s exchange-traded fund (ETF), called 3iQ CoinShares Bitcoin ETF (BTCQ). In detail, the Canadian ETF attracted inflows of 2,088 BTC in June 2021 against the QBTC outflows of 10,432 BTC in the same month.

ByteTree CIO, Charlie Morris, noted that 3iQ allowed its clients to convert their QBTC units into 3iQ CoinShares Bitcoin ETF. He added that the growth of crypto ETFs across major stock exchanges—which allows redemptions and withdrawals—prompted investors to reduce their exposure in the closed-ended fund.

In comparison, 3iQ’s top rival, the New York-based Grayscale Bitcoin Trust (GBTC), did not witness declines in its BTC reserves. Grayscale Investments has closed GBTC since February, citing “administrative purposes.” The closed-end fund does not allow redemptions and withdrawals.

Additionally, data collected by ByteTree Asset Management shows that the 90-day inflow into the United States and Canada-based Bitcoin funds has dropped to 12,794 BTC compared to 191,846 BTC in January 2021, a 93.3% decline.

Thus, as the Bitcoin reserves on average drop across the funds, it typically suggests a lower demand for cryptocurrencies among institutional investors.

Institutional investors reducing their exposure in the Bitcoin funds coincide with the Federal Reserve’s hawkish signals at the end of June’s Federal Open Market Committee’s meeting.

In detail, the U.S. central bank said mid-June that it could hike interest rates by the end of 2023 to contain prevailing inflationary pressures. It referred to the US consumer price index (CPI), a gauge to measure inflation, that surged 0.6% in May 2021 to reach a three-decade high of 4.5%; CPI climbed another 0.9% in June to reach 5.4% at its fastest pace in the last 13 years.

The index for all items less food and energy rose 0.9 percent in June after increasing 0.7 percent in May. Source: US Bureau of Labor Statistics

Since the Fed’s outlook, Bitcoin has dropped below $32,000. However, the flagship cryptocurrency has mostly remained inside the $30,000-34,000 price range, suggesting a mixed outlook among retail and institutional investors about the cryptocurrency’s next directional bias.

The bias conflict emerges despite popular narratives that pose Bitcoin as an ultimate edge against rising consumer prices. The record goes like this: Unlike the U.S. dollar or other fiat currencies, Bitcoin comes with a limited supply of 21 million tokens, which makes it scarcer than inflationary currencies, and in turn, more valuable in the long run.

But Bitcoin has reacted negatively to rising inflation in the previous months, prompting critics to question its safe-haven narrative, at least in the short term. For instance, Fortune covered a special section on Bitcoin’s erratic response to surging consumer prices, stating that the cryptocurrency is now marching “to its own drummer.”

Bitcoin has slipped by more than 50% since mid-April top near $65K. Source: TradingView

Eric Diton, president and managing director of The Wealth Alliance, noted that Bitcoin had become an overvalued asset after rising from below $4,000 to a record $65,000 in almost a year. However, based on how far the cryptocurrency has come, its prices have to correct before continuing higher.

Nevertheless, a Bank of America survey of fund managers also found “long Bitcoin” among their most crowded trades, alongside long ESG and long commodities.

As Cointelegraph reported, traders are now closely watching the last major unlock dates over the next few days and weeks due to their potential impact on the cryptocurrency market.