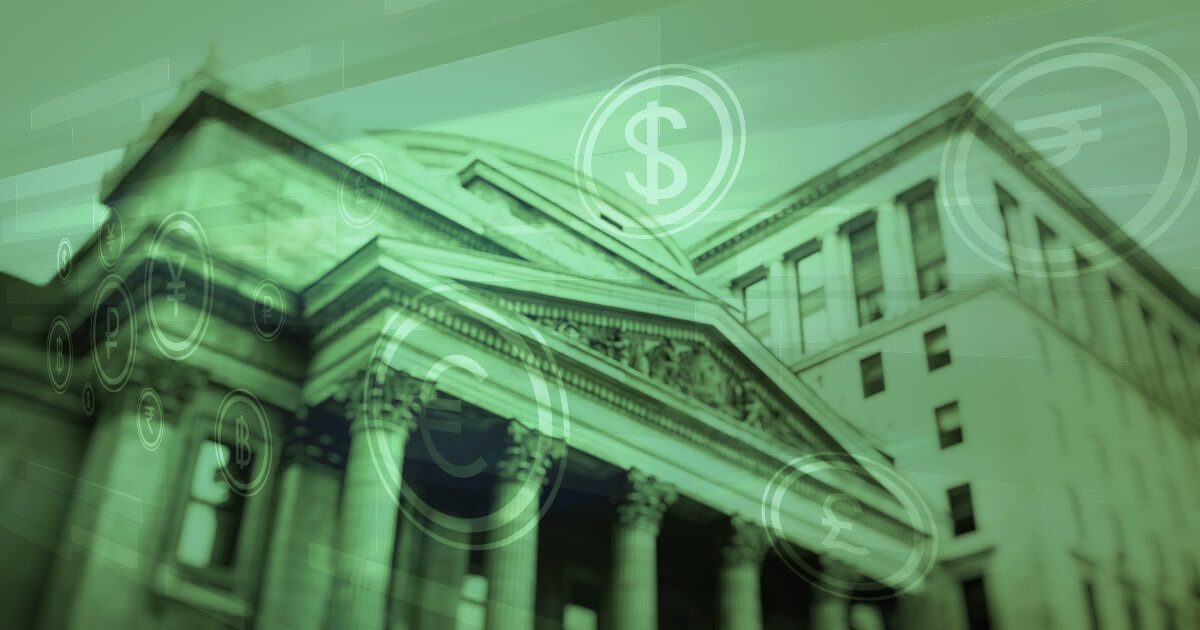 Consumerization is the influence that products originating in the consumer markets eventually have on the broader commercial markets.

Apple is the prototypical example of a consumer-focused company reshaping and ultimately transforming small-business, enterprise, and public-sector industries: the first iPhone began as a purely consumer-oriented gadget and eventually thoroughly disrupted communications and collaboration at a global scale; likewise, the first iPad and more.

Central Bank Digital Currencies have progressed in the past few years from being a hypothetical model to now an inexorable certainty.

How then does a CBDC differ from a digitized fiat currency? The Bank for International Settlements (BIS) has defined a CBDC as “a digital payment instrument, denominated in the national unit of account, that is a direct liability of the central bank.”

This is a big idea: that CBDCs would be available to the general public, consumers, households, and businesses, directly from the nation’s central bank, entirely bypassing the financial ecosystem (commercial banks included!).

Where are we at today? 86% of central bank respondents to a recent Bank for International Settlements survey in 2021 responded that they are exploring CBDC initiatives and their latent benefits; about 60% of central banks (up from 42% in 2019) are conducting experiments or proofs-of-concept, and 14% are moving forward to development and pilot initiatives. Of note, those central banks not currently involved in any CBDC work are primarily in the smaller jurisdictions.

From a consumer perspective, CBDCs promise to enhance financial inclusion since there is no need to possess a commercial bank account in order to hold CBDCs (they are direct from the central bank to the citizen); from a commercial perspective, CBDCs promise to reduce the barriers to entry for new entrants and enable innovation in the financial sector.

Among the many potential benefits catalyzing central banks to pilot CBDCs, there are a few that need to be highlighted from a parochial perspective –

1) Efficiency – CBDC can reduce friction in existing payment systems, lowering the cost and settlement times, and in turn increases the velocity of transactions

2) Tax Base – CBDC can potentially bring more economic activity into the tax net, boosting tax revenues and additionally the traceability would inhibit the use of CBDC for illicit purposes

3) Access to and the Cost of cash – In jurisdictions where the cost of managing cash is exorbitant and access to cash is declining, CBDC can lower costs and furthermore as a “digital banknote”.

Fiscal Stimulus – increasingly, sovereign governments are determined to directly provide funds to the public, households and businesses; CBDCs together with an identity system enables rapid direct transfersInterest Rates – CBDCs provide new levels of agility to manage interest rate constraints: a negative nominal interest rate may be quickly initiated by reducing account balances at a pre-set paceQuantitative Easing (and Tightening) – CBDCs provide for rapid execution of “helicopter” drops as well as withdrawals etc., without being reliant on fiscal transfers and their policymakers.

The basic functions of money are that it serves as a unit of account for pricing goods and services, a medium of exchange to enable economic transactions, and a store of value. With this frame, the functioning of a CBDC may be considered from five vantage points.

1) Accessibility – Accessibility refers to consumer access to payment methods and tools. In the United States, cash is readily available thanks to ATMs and ubiquitous retail acceptance. A system that used both existing bank accounts and mobile phones as an entry point could reach close to every household in the country.

2) Anonymity – Cash allows consumers to transact anonymously in the analog world. CBDCs may potentially reveal significantly more information about economic transactions than their participants wish to share; a retail CBDC will need to maintain account balances as a prerequisite, and privacy may become an issue of debate.

3) Availability – Cash is available 24×7, 7 days a week and 365 days a year; however, digital payments continue to be subject to operating constraints. CBDCs will need to be designed keeping in mind 24x7x365 expectations and the need to “compete” with cash. When a CBDC is off-line it may ensure in systemic risk at a national and possibly global scale.

4) Accounts – Consumers will demand a secure mechanism to store and to verifiable transact; the history of cryptocurrencies tells us that private key management has been an Achilles Heel. Lacking consumer-friendly tools and user experiences, CBDCs risk continuing to go down this path and risking the financial inclusion that they aspire to achieve.

What Next: Key Implications

While the era of CBDC has significant implications for consumers and commercial businesses, it is becoming apparent that the incumbent global financial and monetary ecosystems will be taken apart and re-built across multiple layers, creating a plethora of side effects that are just beginning to be recognized.

Three are worth emphasizing given their potential for disruptive systemic consequences –

Monetary Policy – the extraordinary levels of transparency and real-time visibility provided by CBDCs into spending and flows will likely usher in a new wave of targeted monetary policy practices: negative nominal interest rates, the ability to impose time restrictions and limits and concomitant conditions on usage (e.g., dictate spend on certain categories of goods and services) et al.

Commercial Banking – with their greater efficiency (direct-to-consumer) and their ability to provide innovative financial instruments, CBDCs are likely to disintermediate significant segments of the banking infrastructure, with destabilizing effects. Stress on the commercial banking system may prompt depositors to look for an escape outlet and move en masse to central bank accounts.

Central Banking – central banks that operate in comparatively stabler political and legal jurisdictions will likely attract depositors and inflows from across country borders; US paper currency continues to be in high demand globally, and if the Federal Reserve were to service consumers globally the consequences will be disastrous for central banks in developing markets and their economies.

CBDCs are coming; get ready for a world where central bank liabilities are held directly by you.