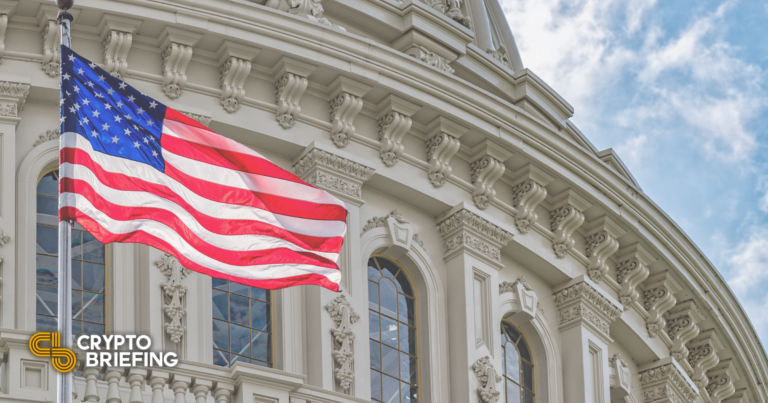 In an interaction with Chris Cameron of MakerDAO, U.S. legislator Ted Budd discussed stablecoin regulation.
Budd said that some U.S. legislators in Congress think stablecoins pose a great threat to national security.
However, Budd clarified that he did not agree with such statements and emphasized on embracing blockchain through regulation.

U.S. Representative Ted Budd has emphasized the need for clear communication between issuers of stablecoins and U.S. regulators.

Ted Budd, who serves on the Financial Services Committee of the U.S. House of Representatives, has become one of the first elected US officials to speak with a decentralized autonomous organization publicly.

In a conversation with Chris Cameron of MakerDAO, the U.S. legislator discussed stablecoin regulation, a topic that has made several news headlines in recent months.

In this regard, Representative Budd said some U.S. legislators in Congress are worried that cryptocurrency poses a threat to national security, and think it could lead to a financial equivalent of the September 11 attacks. Discussing the regulatory concerns, Budd affirmed:

“There are some on the Senate side and some on the House side which fear especially when it comes to currency and decentralized finance and how it’s going to evolve. The fear is whether it will hurt our national sovereignty or will it destabilize the US dollar? Some in the U.S. House Committee on Financial Services call this basically a financial 9/11.”

However, Budd clarified that he did not agree with such statements and emphasized his desire to embrace blockchain through regulation. He added:

“I think we need to be very open to this. We need to make the US the place where this technology flourishes. It’s a new technology that’s going to evolve and I’d rather evolve here in the US than in Singapore or in Estonia or other nations that could be hostile to the U.S.”

Lately, several regulators in the U.S. and around the globe have expressed concerns about stablecoins. Many have urged for swift regulation. Earlier this month, U.S. Treasury Secretary Janet Yellen spoke on the need to “act quickly” to mitigate the risks posed by stablecoins.

When asked how MakerDAO could work with U.S. regulators, the congressman responded that stablecoin issuers should address the concerns that regulators have through open and continuous dialogues. He said:

“One of the downsides of decentralization projects is that they don’t know who to call. There’s a lot of innovation but there’s also maybe not coordination when it comes to government affairs.”

From MakerDAO’s standpoint, the topic was very pertinent. It is the issuer of the fourth-largest stablecoin, DAI, which has a market capitalization of $5.3 billion.

Unlike centralized stablecoins such as USDC and USDT, anyone can mint and trade DAI. It can be minted by depositing crypto assets like ETH in MakerDAO’s smart contracts on the Ethereum blockchain in an overcollateralized ratio.

Currently, DAI is largely unregulated due to its decentralized nature. However, since it can be minted without any centralized supervision, the project is likely to face some resistance from regulators. According to Cameron, a large majority of identifiable DAI holders are based in the U.S.

The world’s largest stablecoin provider, Tether, is facing a criminal probe from the U.S. Department of Justice following allegations that the company committed bank fraud. Tether Investigated for Bank Fraud …