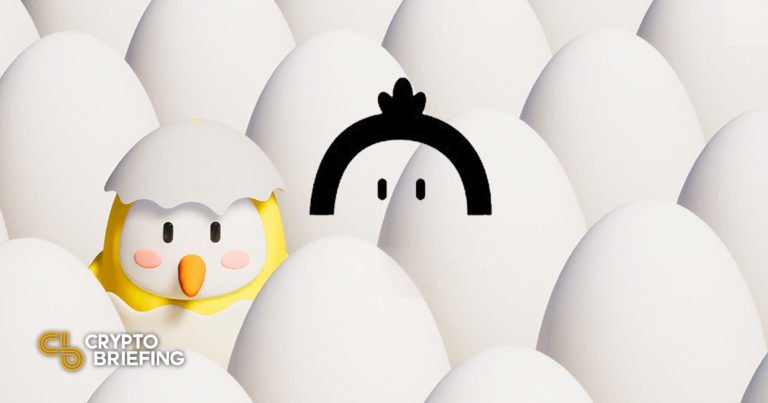 DODO is set to launch on Arbitrum, and believes that Arbitrum will surpass people’s expectations.
While initially, liquidity will be spread between layer 2’s and sidechains like Polygon or BSC, if layer 2 delivers it will eventually prevail.
The recent slump in DeFi prices hasn’t affected most projects as they all have more than enough funds to continue building the future of finance.

In an interview with Crypto Briefing, the founder and CEO of DODO exchange Lei Mingda talks Arbitrum, scaling Ethereum, Polygon, BSC, Three Arrows Capital, concentrated capital, and the future of DODO in a multichain world.

DODO is a decentralized exchange that pioneered concentrated liquidity, the key feature of Uniswap v3, back in August 2020. The exchange achieves concentrated liquidity through a proactive market maker algorithm that automatically allocates funds to a certain range dynamically, achieving a lower price impact on transactions with less necessary liquidity in DODO’s pools.

The twist of the proactive market maker is arguably one of the best advantages DODO has over the cut-throat competition for liquidity between decentralized exchanges. While Uniswap‘s v3 concentrated liquidity feature depends on users moving their liquidity, DODO does it automatically around the relevant price range. As moving liquidity can be expensive, DODO’s automatic system favors smaller users.

While this feature has been integrated into the exchange since its launch, future updates for DODO tell us a lot about the general direction of DeFi for the second part of 2021. High on the agenda for most DeFi protocols, including DODO, is bringing their protocol to layer 2 scaling solutions like Arbitrum. The exchange’s CEO Lei Mingda has a lot of positive things to say about Arbitrum.

“Layer 2 works even better than I expected. Arbitrum is a great project and a team with a solid background. That doesn’t mean there won’t be issues at launch though, but the product is ready and works well,” said Lei. “The reason why they haven’t opened it to the public is that they want everything to be ready and tested before Arbitrum becomes available to the public.”

DODO was also one of the first exchanges to port their protocol on Binance Smart Chain. BSC has been having a complicated few months as it first brought millions of users to the network, using DeFi and Ethereum Virtual Machine. When it comes to layer 1, DODO is chain agnostic. Its strategy has been following the user activity, which has led to the implementation of the protocol on ETH, BSC, and Polygon.

“Binance Smart Chain is an important partner of DODO, but its reputation has taken a hit recently. The biggest problem is Binance’s “move fast break things” style, which has led to great growth when the chain wasn’t really ready and battle-tested,” says Mingda. “Now they’re paying for that.”

One of the key shows of strength for DeFi in the coming months will be the duel for liquidity between sidechains like Polygon or BSC and true layer 2 like Optimism or Abritrum. While the first two already have established user bases, true layer 2 will benefit from better security by directly leveraging Ethereum’s main chain security.

“Sidechains have developed strong userbases so short/mid-term there’s going to be a split between these two solutions. Eventually, if L2 delivers, that’s where the money will go,” predicts DODO’s CEO. “Splitting capital around different chains is a problem, but this is something DODO’s market maker algorithm is perfectly suited for, as it makes up for lower liquidity.”

Mingda also had interesting words of wisdom regarding the recent downward price trajectory of DeFi tokens. Between February and May, DODO’s token traded around $4. Today, the token changes hand barely above $1. When asked about it, Mingda seemed more amused than worried.

“We don’t care about that, and we can tell you other projects don’t care either. We’re too busy building to care about secondary market prices. DeFi tokens crashing is a very normal phenomenon that has happened many times before,” he assured. “All the DeFi teams have more than enough cash to continue building and we shouldn’t worry about the industry.”

Indeed, the exchange has the luxury of being backed by Three Arrows Capital, one of the foremost investment funds in the crypto space. The exchange enjoys biweekly calls with founding partners Su Zhu and Kyle Davies, two veterans of the crypto space who can properly advise DODO’s growth.

Disclaimer: The author held ETH and several other cryptocurrencies at the time of writing.

Scalability has been Ethereum’s biggest challenge as its popularity rises. One of the key Layer 2 solutions hoping to solve the issue, Arbitrum, has now launched for developers. The Road…

Though there are many decentralized exchanges (DEXes) that traders can choose from these days, few have been as dominant as Uniswap. Still, the unicorn crypto platform is far from perfect. …

A proposal for Uniswap to deploy on Arbitrum has received immense support on the protocol’s governance forums this week. Following the vote, Uniswap will deploy its V3 contracts on the…