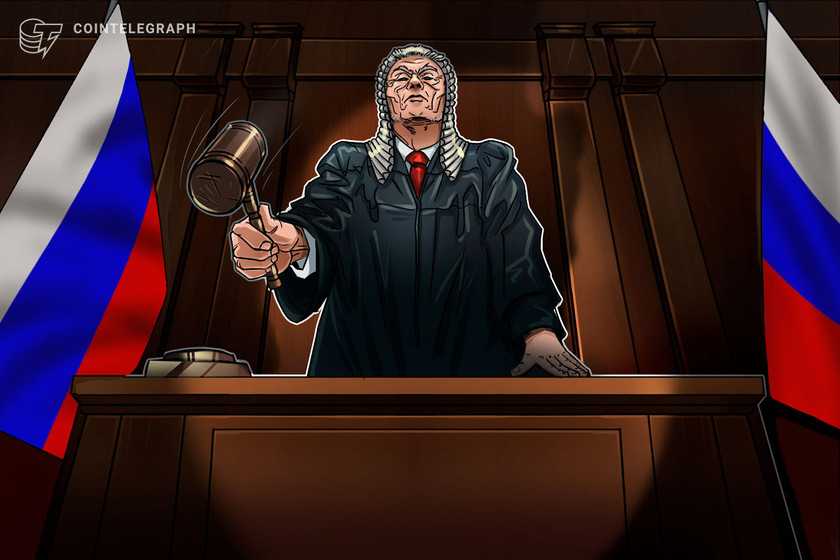 The state of cryptocurrency regulation in Russia has taken another twist as a local court has ordered the country’s largest bank to resume account support for a Bitcoin (BTC) trader.

Sverdlovsk regional court, a court in Russia’s fourth-largest city of Yekaterinburg, has ordered Sber, formerly known as Sberbank, to unblock account services to a client involved in Bitcoin trading, according to an official announcement on Monday. The client’s bank accounts processed multiple transactions associated with trades on cryptocurrency exchanges from May to August 2020.

Sber blocked the individual from access to his bank accounts, citing suspicious transaction activity and the Anti-Money Laundering policies. The bank also refused to resume the service after the client attempted to regain access to his accounts by providing detailed information about his Bitcoin trades on crypto trading platforms.

The client later filed a complaint to a city court and a subsequent appeal to Sverdlovsk regional court, accusing Sber of violating consumer rights.

According to the latest ruling by Sverdlovsk regional court, Sber had no reason to keep blocking the account service and limit the customer’s access to remote banking and bank cards after the client “disclosed the economic meaning of the transactions and indicated the source of funds.”

The court ruled that Sber must unblock the client’s bank cards and resume remote banking services, also ordering the bank to reimburse the customer’s legal costs. The court still denied the client’s claim for moral damages, noting that the plaintiff “did not use his bank accounts and cards for purposes that provide for the possibility of compensation for moral damage in connection with the violation of property rights.”

Sber is a state-owned Russian bank and the largest banking institution in the country. The bank is known for supporting a negative stance on Bitcoin, with CEO Herman Gref arguing that cryptocurrencies like BTC are the riskiest type of investment alongside the equity market. Sber’s criticism of Bitcoin comes in line with an anti-crypto stance by the central bank of Russia, which has been reportedly withholding local banks from offering crypto services.