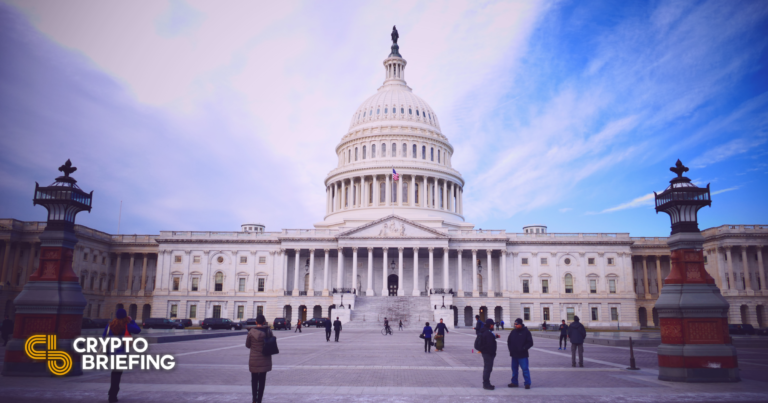 Voting on the infrastructure bill was pushed back after the Senate failed to reach an agreement over the weekend.
Senator Ted Cruz said that Democrats had blocked any further amendments to the bill over a disagreement on spending.
A new “compromise amendment” that would exclude protocol developers, Proof-of-Stake validators, and crypto wallets has been offered, but it needs the Senate’s unanimous support.

The crypto tax provision within the $1.2 trillion U.S. infrastructure bill is an ongoing source of contention in Congress. Senators have been unable to pass amendments to the controversial crypto provision.

The latest amendments to the infrastructure bill remain undecided.

In what has widely been considered bad news for the crypto industry, many senators have been unable to get their amendments within the U.S. infrastructure bill called up for a vote.

To expedite the passing of the bill, Senate Majority Leader Chuck Schumer stopped further deliberation and blocked new amendments from being added to the bill on Sunday. The bill was due to reach a final vote Saturday before another extension was agreed.

Reuters reported that the Senate invoked cloture on the bill, a process for ending a debate and expediting a legislation after a 67-27 majority vote. This means that the bill will be taken to the Senate floor for a final vote, and will move to the House of Representatives if successful.

The bill drafted by Democrats Mark Warner and Kyrsten Sinema, along with Republican Senator Rob Portman, contains a provision to tax $28 billion from the crypto industry in order to partly fund the infrastructure bill.

In order to be compliant with tax reporting rules, all crypto brokers would have to collect information about individuals who may not be their customers, leading to fears that the regulations could cripple the industry.

There is considerable opposition, most of which has been leveled at the way the provision is worded. Specifically, the controversy relates to the Tax Code’s definition of a “broker.” The definition caused confusion on whether non-custodial players like miners, validators, node operators, wallet providers, and developers would be obligated to comply with tax norms.

Experts say the way crypto provision within the bill is worded could include miners, node operators, validators, and developers under the “broker” umbrella. A broker is someone who engages in “effectuating transfers” of cryptocurrencies, as per the bill.

In addition to various crypto exchanges and founders, notable tech leaders who are active in the cryptocurrency space, including Tesla CEO Elon Musk and Twitter CEO Jack Dorsey, have shared their concerns.

Facing criticism from the crypto industry, Senators Warner, Sinema, and Portman added an amendment to clarify that Proof-of-Work miners, hardware manufacturers, and service providers would be excluded from being labeled a broker.

However, no reference was made to Proof-of-Stake validators, leading some to believe that the lawmakers were coming after networks such as Ethereum 2.0, and the emergent DeFi sector it supports.

The industry is now looking for regulatory clarity. Many crypto supporters such as the policymaker education group Coin Center are campaigning to introduce more lenient tax reporting rules that do not lead to excessive surveillance of the crypto sector.

Lummis, who has received wide support from the cryptocurrency industry, said their proposed amendment had not been considered for a vote, meaning the bill could potentially get passed without any new amendments. “So we’re at an impasse. I understand my colleagues’ positions. But real people are going to be hurt if we do not change the language in this bill,” she wrote in a Sunday tweet. “Tomorrow we’ll be back in session and again work to convince our colleagues and Senator Schumer that our amendment deserves a vote.”

Wyden took to Twitter today to say that they were “working hard to get a deal” and confirmed that Chuck Schumer would not block a vote on their pro-crypto amendment if there was a unanimous consent request on it. With or without the crypto amendment, the senators are very soon expected to vote on the final version of the infrastructure bill.

According to a Washington Post report, Democrats prevented Republicans from offering amendments to the bipartisan infrastructure bill, which may have caused deadlock between the two parties.

Republican senator Ted Cruz affirmed that discussions on amendments on the crypto provision within the bill may have turned partisan in the Senate.

In a tweet storm, he said that the Democrats objected to the amendments presented by Republicans due to disagreements on spending. Cruz added that he would like to “repeal the new crypto rules altogether” and that senators lacked a basic understanding of the crypto industry to pass critical legislation.

Discussing the issue, Cruz said that the Senate was about to “inflict billions of dollars of damage” on the crypto industry, before adding that “there aren’t 5 Senators who understand much of anything about crypto.”

There’s a partisan disagreement on spending, so Dems objected to ALL further amendments.

That means NO vote on Wyden-Lummis to lessen the damage this bill will do to crypto, & NO vote on the Cruz amd. to repeal the new crypto rules altogether.

During Saturday’s Senate session, Republican Senator Mike Lee said that crypto should not be regulated the same way as stocks, and noted that the bill could stifle innovation if it was passed.

It is still unclear what the final text of the crypto provision with the bill is going to look like at the time it is presented for a vote. According to Jake Chervinsky, General Counsel at Compound Labs, there may still be room for amending the crypto provision and finalizing a “deal on compromise language between Wyden-Lummis-Toomey & Warner-Portman.”

Senator Portman announced Monday that he and Senators Toomey, Lummis, Warner, and Sinema had offered an agreement that avoids “curbing innovation.” In a tweet storm, Coin Center Executive Director Jerry Brito explained that the “compromise amendment” altered the definition of “broker” in a way that “would be difficult to argue” for protocol developers to be included. It also makes exemptions for validators on Proof-of-Stake networks like Ethereum 2.0, as well as hardware and software wallets.

I’m pleased to announce that Senators Warner, Toomey, Sinema, Lummis & I have reached an agreement on an amendment to clarify IRS reporting rules for crypto transactions w/o curbing innovation or imposing information reporting requirements on stakers, miners, or other non-brokers

However, Brito noted that “there is a lot of work left to be done.” The new amendment would need to reach unanimous consent in the Senate. Both Brito and Chervinsky have urged their Twitter followers to call their Senators to ask them to support the amendment, with a final decision expected tomorrow.

Update: The “compromise amendment” was blocked in a Senate vote.

The crypto community has come together to lobby against an amendment within the bipartisan infrastructure bill. Controversy on US Infrastructure Bill Crypto enthusiasts are lobbying against the latest amendment to…