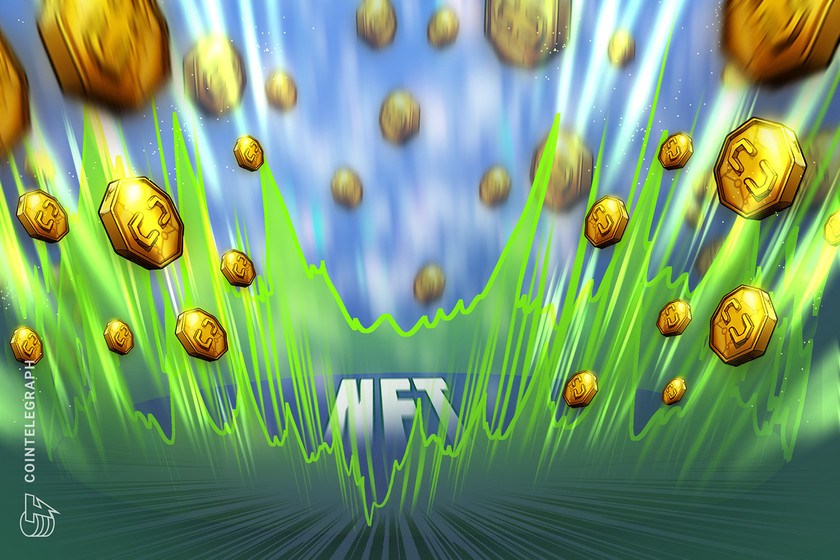 Tuesday started with a bang after Poly Network was hacked for $610 million in funds in what appears to be the worst hack in the history of decentralized finance and the price of Bitcoin (BTC) dropped by by 2% to trade near $45,000.

Despite the severity of the hack, most altcoins are holding on to their recent gains and those that are registered small losses line up with the pullback in Bitcoin price.

Data from Cointelegraph Markets Pro and TradingView shows that the biggest gainers over the past 24-hours were IoTeX (IOTX), Rally (RLY) and Axie Infinity (AXS).

The decentralized internet of things platform IoTeX (IOTX) was the top performer on the 24-hour chart for the second day in a row thanks to a rally sparked by an announcement from Coinbase that it will be listing the token on Coinbase Pro beginning August 11.

Data from Cointelegraph Markets Pro and TradingView shows that the price of IOTX has now rallied 150% from a low of $0.0213 in the early trading hours on Aug. 9 to an intraday high at $0.0529 on Tuesday.

The listing announcement comes on the heels of a blockbuster month that saw the IoTeX’s wallet and network activity increase by 600% and a new cross-chain bridge with the Polygon, an Ethereum-based layer-two solution that enables two-way token swaps between the two protocols.

Rally (RLY), a decentralized network for creators, was the second-best performing altcoin over the past 24-hours as the ecosystem continues to expand and welcome new creators to the platform.

VORTECS™ data from Cointelegraph Markets Pro began to detect a bullish outlook for RLY on Aug. 8, prior to the recent price rise.

As seen in the chart above, the VORTECS™ Score for RLY spiked into the green on Aug. 8 and reached a high score of 70 around five hours before its price increased 81% over the next two days.

Momentum for RLY has been on the rise after the protocol focused its attention on developing its nonfungible token capabilities to allow creators to mint their own NFTs which can be used to engage with their respective communities.

Axie Infinity has been one of the hottest protocols over the past couple of months as the play-to-earn blockchain gaming movement gains steam.

VORTECS™ data from Cointelegraph Markets Pro began to detect a bullish outlook for AXS on Aug. 7, prior to the recent price rise.

As seen in the chart above, the VORTECS™ Score for AXS was registering in the green for much of the first half of the past week and reached a high of 81 on Aug. 6, around 73 hours before its price increased 53% over the next day.

Excitement for AXS has been building for some time and recently ratcheted up a notch after the Axie ecosystem became the first nonfungible token game to surpass $1 billion in total sales on Aug. 9.

Axie Infinity has crossed $1 billion in sales, data from CryptoSlam! Shows.
As of this writing, $1,055,735 worth of tokens has traded hands through 2.4 million transactions. There are 324,850 buyers, 936,065 owners, and more than a million daily active users.@AxieInfinity#Axs pic.twitter.com/izgdMXyjt7