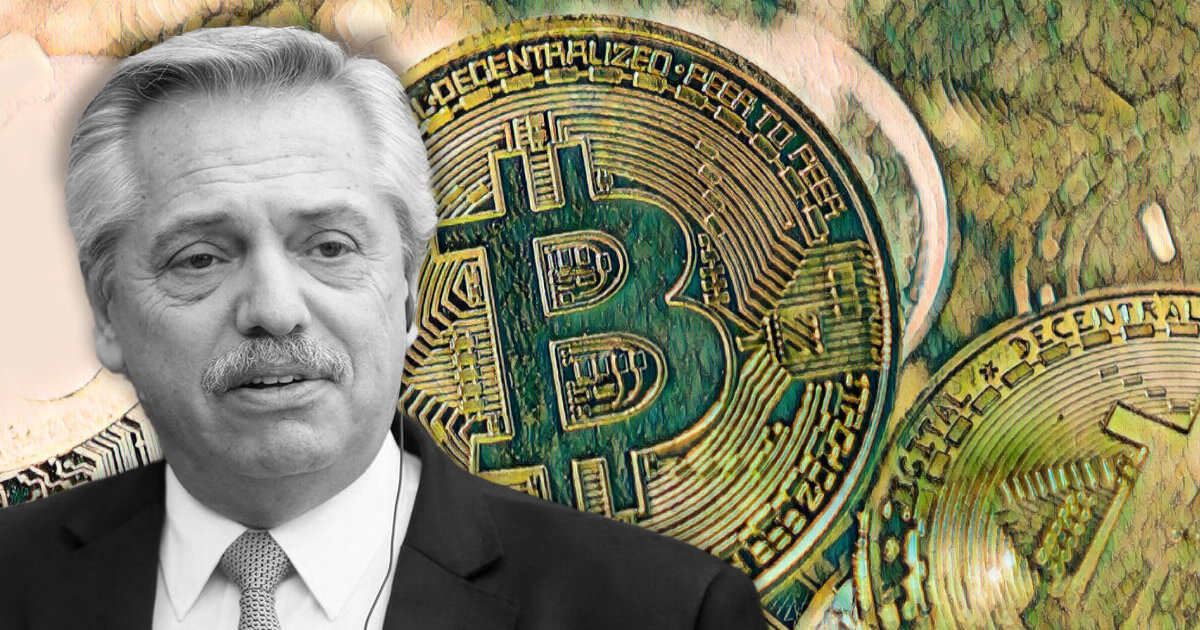 In a recent interview, the President of Argentina Alberto Fernandez said he sees no reason to push against crypto, but in contrast to his openness, the head of the country’s Central Bank, Miguel Pesce, prepares for a crackdown on the industry.

Already in April, the Central Bank of Argentina instructed local banks to scrutinize clients that hold cryptocurrencies and engage in business or trading activities involving crypto, but just last month, a member of the National Congress José Luis Ramón submitted a bill that would allow salaries in Bitcoin and muscle the country’s adoption process.

President is warming up to the idea

In an interview, Fernandez has indicated his openness to crypto, stating that there is no reason to push back against the tide.

“I don’t want to go too far out on a limb – but there is no reason to say ‘no’,” said Fernandez, while pointing out the ‘hedge’ upside of adopting Bitcoin, despite the country’s tight currency controls that drove many Argentinians to crypto mining.

“They say the advantage is that the inflationary effect is largely nullified,” added the President, also open to the idea of Central Bank digital currency (CBDC).

However, Fernandez remained cautious as he concluded that it is still very early to completely dive into the adoption process.

“There is caution because of how unfamiliar it is, and because it is hard to understand how this fortune materializes. Many people in the world have these concerns, and that is why the project, or the system, has not yet expanded. But it is something to consider,” said the President, eyeballing the option from a safe distance.

“We are going to regulate the intersection of Bitcoin with the payment system and the exchange market,” said the current president of the country’s Central Bank, hinting at a new regulatory agenda for crypto at a digital financial conference organized by the Argentine Institute of Finance Executives (IAEF).

According to Pesce, who said Bitcoin “was created as a substitute transaction mechanism for money where the state did not fulfill a role,” the crypto “is not a financial asset because it does not underlie an asset nor can it generate any profitability.”

He asserted that “the Central Bank is not affected by the fact that these types of instruments can be used for transactions,” while pointing out the authority’s main concern, which is that cryptocurrencies are “used to obtain undue gains on unwary or unsophisticated people.”