How CryptoPunks Inspired a Wave of NFT Avatars 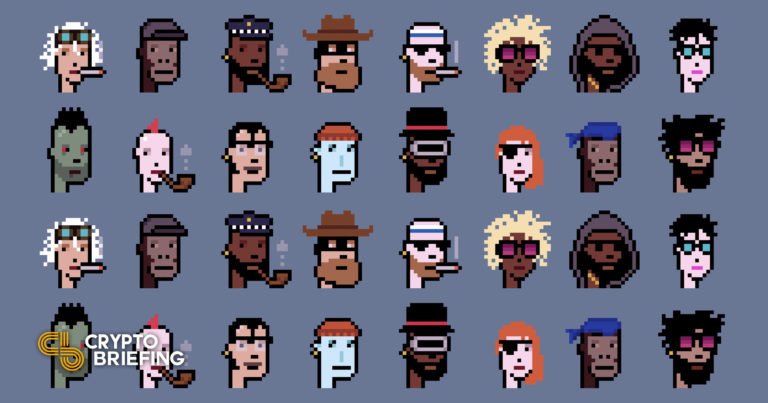 CryptoPunks have spawned an NFT subgenre of avatars.
Subsequent NFT avatar projects have followed the fundamental concepts introduced by CryptoPunks.
However, the most successful projects have stood out by bringing something new to the NFT avatar scene.

As one of the earliest examples of non-fungible tokens, CryptoPunks have become the most coveted NFT avatars in existence. Subsequent projects have sought to develop the concept of NFT avatars while retaining the fundamental concepts that made CryptoPunks so successful.

In 2017, software developer Larva Labs created 10,000 cyberpunk-themed characters, each one unique, algorithmically generated, and living on the Ethereum blockchain. They were distributed for free to anyone willing to pay the gas fee to receive one.

While CryptoPunks might look unassuming on the surface, each character possesses several attributes such as clothing and accessories that occur in the set with varying degrees of rarity. For example, almost one-quarter of all Punks have an earring. On the other hand, only 1% sport a top hat, making Punks that have this accessory much more sought after.

Punk collectors have highly valued multiples of attributes, or even a lack thereof. A seven-attribute Punk, commonly described as the rarest, was recently listed for $171 million by its owner. On the other end of the spectrum, one of eight Punks with no attributes sold in February for over $1 million. However, technical rarity is not the only factor that contributes to the value. One of the current top sales is for a pipe-smoking alien Punk, which, while rare, is also undeniably cool.

The 10,000 Punk cap, its generative nature, and the distribution of rare attributes have made CryptoPunks highly sought-after, to the point where they have featured in major art galleries and celebrities like Jay-Z and Gary Vaynerchuk are fans. This winning formula has formed the basis for many subsequent projects that have gained popularity in the NFT space.

The Growth of the Avatar Trend

Since CryptoPunks, dozens of similar projects have emerged in hopes of replicating its success. While many fade into obscurity, some have developed the concepts that made CryptoPunks desirable, bringing something new to the NFT scene.

One project to do this is Hashmasks. Released at the beginning of 2021, Hashmasks is a collection of 16,384 unique mask-wearing portraits, touting a range of traits such as eye color and held items. In addition to provable scarcity and the rare attributes that make Hashmasks collectible, the project has introduced another layer of scarcity through the ability to name portraits.

Each Hashmask emits 10 Name Change Tokens (NCT) every day, which owners can save up to rename their Hashmasks verifiably on the Ethereum blockchain. Each rename costs 1,830 NCT, which equates to about half a year of emissions from a single Hashmask. Collectors can also purchase NCT from other owners; however, in 10 years, NCT emissions from Hashmasks will stop, meaning that the names can only be changed a finite number of times.

Another project that’s found big success by borrowing from CryptoPunks’ avatar formula is Bored Ape Yacht Club (BAYC). Released in May 2021, Bored Apes were programmatically generated similarly to CryptoPunks with over 170 possible traits of varying rarity. BAYC has expanded the community aspect of NFT avatars by releasing exclusive perks to Bored Ape owners. On the project’s website, Bored Ape holders have access to a collaborative member’s only graffiti board with more bonuses planned in the future. Additionally, BAYC recently launched a spin-off series called Bored Ape Kennel Club, which allowed Bored Ape holders to receive a pet dog NFT for free. Royalties from the Bored Ape Kennel Club’s secondary sales get donated to dog charities.

A key theme in recent NFT avatar projects is anthropomorphic animals. Alongside Bored Apes, ducks, cats, frogs, bulls, and penguins have all had their moment in the last month or so, with animal-based projects frequently among the top traded NFTs on OpenSea. Out of the many derivative animal projects, one that stands out is Mila Kunis’ Stoner Cats. Compared to similar projects, Stoner Cats were more expensive to mint at 0.35 ETH, or around $820 at the time of the launch. However, the extra cost is due to the NFTs granting access to the Stoner Cats animated web series, which is entirely funded through the NFT sales. The Stoner Cats NFTs are all characters from the show, adorned with various rare traits and accessories. Vitalik Buterin is one of the voice actors for a “Spirit Guide” cat called Lord Catsington.

While projects such as Hashmasks, BAYC, and Stoner Cats used vastly different art styles to the original CryptoPunks, some have instead chosen to replicate the pixel art style and cyberpunk aesthetic. Among the most prominent projects to do so is Animetas, a collection of 10,101 unique generative avatars released at the end of July. Building on the success of CryptoPunks, Animetas upped the pixel count allowing for more expression and detail in its avatars. Despite being less than a month old at the time of writing, rare Animetas have already started selling for over $100,000. Like BAYC and Stoner Cats, the Animetas team has also developed a future roadmap for the project, featuring several airdrops and expansions with the end goal of making an Animetas TV series.

The Future of NFT Avatars

Most NFT avatar projects live on Ethereum, but the technology is not exclusive to one blockchain. Solana has also hosted several avatar collections, including SolPunks and ApeShit Social Club, two derivative projects that closely resemble Ethereum’s CryptoPunks and Bored Ape Yacht Club.

Solana is also the home of Degen Ape Academy, a collection of 10,000 “degenerate ape” characters sporting various attributes denoting their scarcity. Degen Ape Academy faced some problems on launch but still sold out in only eight minutes, highlighting the crypto community’s appetite for avatar NFTs outside of the Ethereum Virtual Machine. With other competing networks like Polkadot and Cardano promising NFT functionality, it’s likely that avatars will also crop up in other ecosystems in the future.

As the crypto industry grows, so does the demand for NFT avatars. Being a largely online space, the desire for ways to express oneself in the digital realm is high. However, NFT avatars don’t only make good profile pictures on social media—they have also proven to act as impressive investments and have become focal points for entire communities to develop around.

While it is unlikely that any subsequent avatar project will overtake CryptoPunks in terms of price and prestige, the NFT market still has room to grow. Be sure to look out for innovative new projects that add something new to the concept of an NFT avatar. It might just end up being the next big thing.

Prices for in-demand NFTs like CryptoPunks, Autoglyphs, and Fidenza have hit record highs this weekend, while projects like Axie Infinity have exploded in popularity over the last few weeks. Is…

The NFT hype isn’t dead (at least not for CryptoPunks).  Sotheby’s Backs CryptoPunks Sotheby’s has sold a CryptoPunks NFT for $11,754,000.  Moments ago in our #London saleroom, an extremely rare…