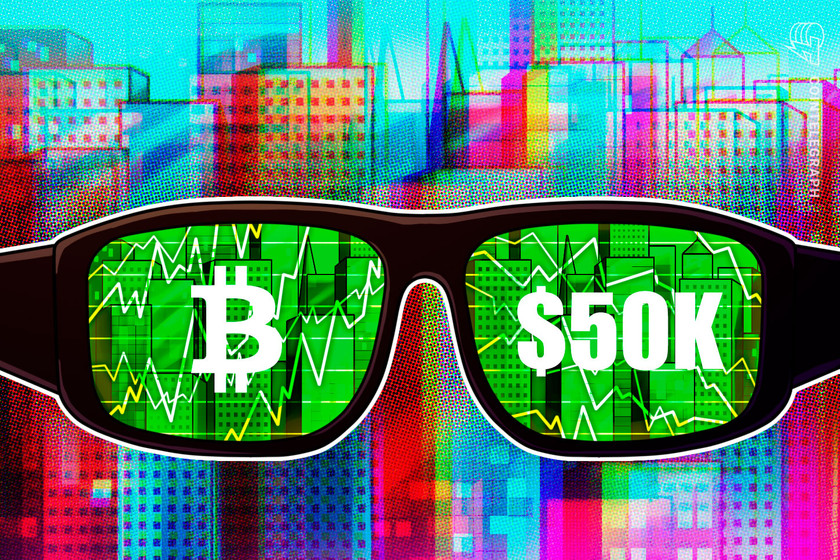 Bitcoin (BTC) edged closer to $50,000 on Aug. 22 as concerns over a bearish downturn made a timely reappearance.

Data from Cointelegraph Markets Pro and TradingView showed BTC/USD hitting a high of $49,830 on Bitstamp Sunday — itself a three-month record.

The weekend had proven the staying power of higher levels, with even lower volumes failing to spark a comedown.

“So far, so good for BTC,” trader and analyst Rekt Capital summarized.

Nonetheless, as $50,000 loomed, concerns began to mount about the overall strength of the market.

As noted by monitoring resource Material Indicators, trader habits were hinting at belief in lower levels returning. One futures setup involved $32,000 and $34,000 for the August and September end-of-month settlements respectively.

“In addition, we still have a lot of 50k puts, suggesting we get rejected here,” it added, also highlighting the “overhepositive funding rates across trading platforms.

Such a perspective naturally grates with the overall consensus among analysts, notably with the stock-to-flow models and their creator’s “worst case scenario” for minimum prices each month.

For August, this stands at $47,000, while September’s $43,000 expectation is only lower for technical reasons, PlanB explained this week.

September $43K floor / worst case is not a typo. The small dip is caused by the data. However, it is a worst case estimate, my base case is of course the S2F estimate. Also, October $63K worst case / floor is more in line again. So Sep is just a data blip, nothing to worry about. https://t.co/tj6SSwSzKR

Similarly optimistic, but just as level-headed, was the popular trader known as John Wick on Twitter.

“So far a bit of supply front running fears of $50k distribution,” he said as part of comments on Bitcoin tackling the signficiant $50,000 mark.

“If we can get past this area of resistance I’ll feel even more confident about ATH’s this year.”BTC/USD annotated chart. Source: John Wick/ Twitter

AT the time of writing, BTC/USD traded at just above $49,000 ahead of the return of professional traders and institutions Monday.