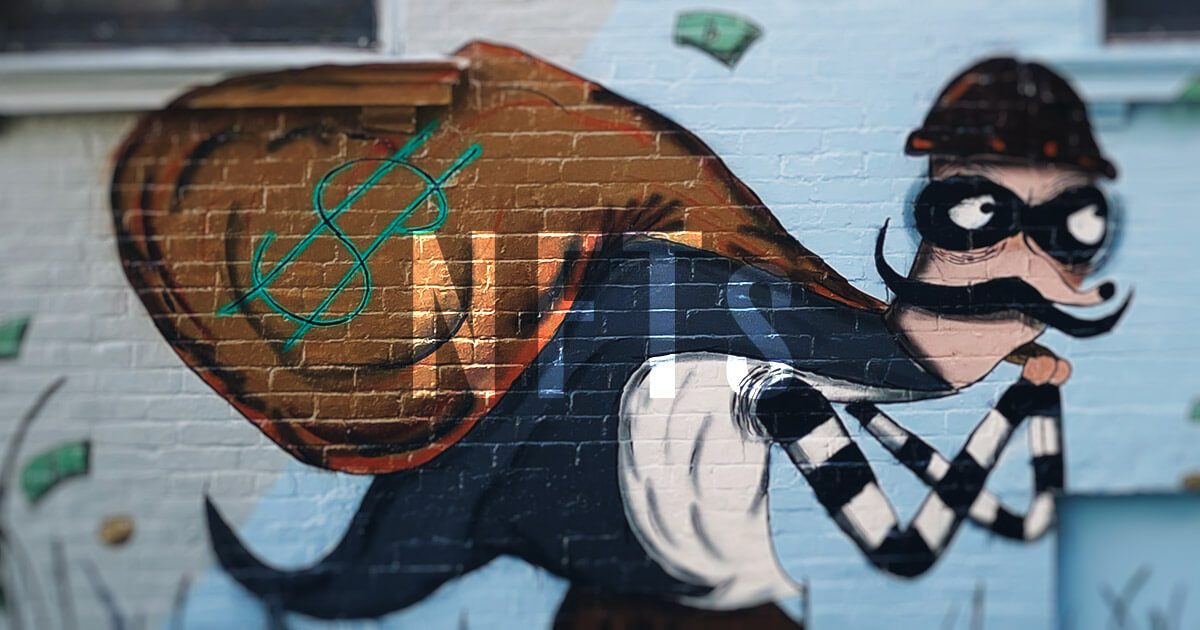 NFTs have had quite the roller coaster year. Spurred by the sale of Beeple’s The First 5000 days for a record $70 million, tokenized digital art was thrust into the mainstream earlier this year.

A dramatic dip in sales followed, leading many to believe it was game over for NFTs. However, the past month or so has seen a resurgence in trading volume and Google searches.

With that, scammers, through multiple means of exploitation, have moved in on the NFT space in the hopes of wreaking havoc.

NFTs are making a comeback

As the “crypto crash” took hold in May, sales of NFTs also plummeted. CNBC reported overall sales had dropped from a seven-day high of $176 million on May 9 to $8.7 million on June 15, per data from nonfungible.com.

They also noted a fall in the price of popular NFTs. For example, the average selling price of a CryptoPunk nosedived from $99,720 to $50,840 during the downturn.

Based on the data, it’s easy to see why many concluded that the NFT bubble had well and truly popped.

However, since July, the digital art sector has seen a revival in fortunes. Data analysts Messari reported popular collectibles marketplace OpenSea had turned over a record $1.02 billion in volume year to date.

Search interest for “NFT”  bottomed in the week July 4 – 10, at 24. But since then, a steady increase in search volume takes the current interest rating to 61.

As reported by the Wall Street Journal, the resurgence in NFTs has also seen a pick up in NFT scams. The article mentions fake art, the use of stolen credit cards, and phishing schemes.

In particular, it featured the case of a Serbian artist called Milos Rajkovic, best known for producing surreal animated loops. Rajkovic was aware of NFTs, but never got involved with the tokenized digital art scene.

Last month, he was shocked to discover 122 of his artworks for sale on OpenSea. While they were soon removed, another imposter, doing the same thing, later emerged.

“People are getting robbed. I feel responsible, because they love my work and someone is using me to steal from them. It’s so frustrating.”

Digital security experts say fraudsters are increasingly exploiting NFTs because many artists and collectors are not crypto literate. They say this makes for “easy marks.”

What’s more, the decentralized nature of NFTs provides something of a cover for scammers to ply their trade.

NFT investor Benny Taveras, who spent $700 purchasing a fake Rajkovic piece, said he has the option to track the scammer’s transaction history. But he acknowledges his money is lost.