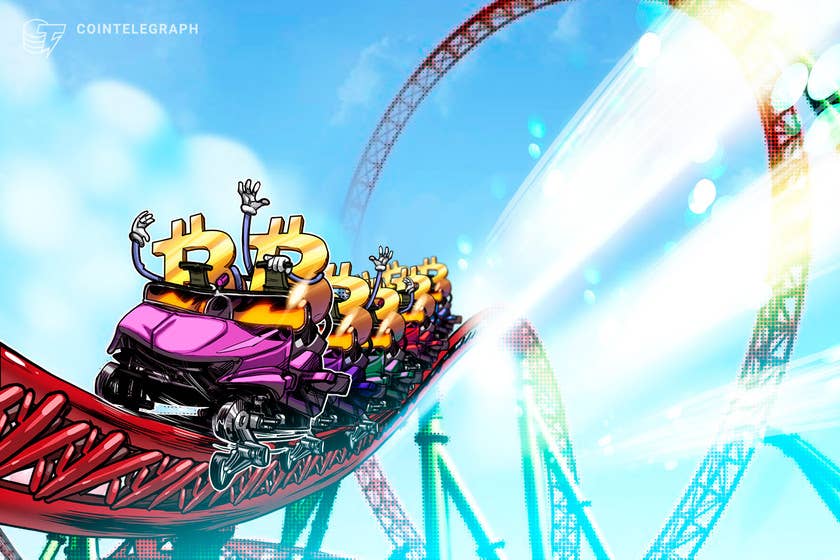 Bitcoin (BTC) holders took profits on Tuesday, just as El Salvador moved to recognize the digital currency as legal tender in a landmark move that could have significant implications for global adoption.

After hitting local highs north of $52,800 on Monday, the Bitcoin price plunged all the way to $42,900 in early Tuesday trading, according to Cointelegraph Markets Pro. Peak to trough, the flagship cryptocurrency plunged nearly 19% over the previous 24 hours.

The BTC price appears to have bounced off the intraday low of $42,900. It was last seen trading just below $47,000. Source: Cointelegraph Markets Pro

El Salvador president Nayib Bukele confirmed that his government bought the dip by snatching up 150 BTC during the depths of the selloff. As Cointelegraph reported, El Salvador made its first BTC purchase late Tuesday on the eve of the Bitcoin Law coming into effect. The initial purchase of 200 BTC was valued at roughly $10.4 million.

Less than five minutes after the initial buy-the-dip tweet, Bukele said that the “discount is ending” for Bitcoin. He also thanked the International Monetary Fund, or IMF, for helping his country “save a million in printed paper” on his government’s Bitcoin purchase. For context: The IMF has come out against El Salvador’s Bitcoin foray. Its warnings about El Salvador’s initiative may have contributed to the recent bout of market volatility.

It appears the discount is ending

Thanks for the dip @IMFNews. We saved a million in printed paper.

Volatility is nothing new for the cryptocurrency market. The collective market cap of all coins was cut in half between May and July as a combination of technical trading, profit-taking and fear-inducing headlines dragged Bitcoin from a high near $65,000 all the way back down to $29,000. The market has staged an impressive recovery over the past month, with Bitcoin reclaiming $50,000, Ether (ETH) hitting $4,000 and the total market cap climbing back above $2.4 trillion.