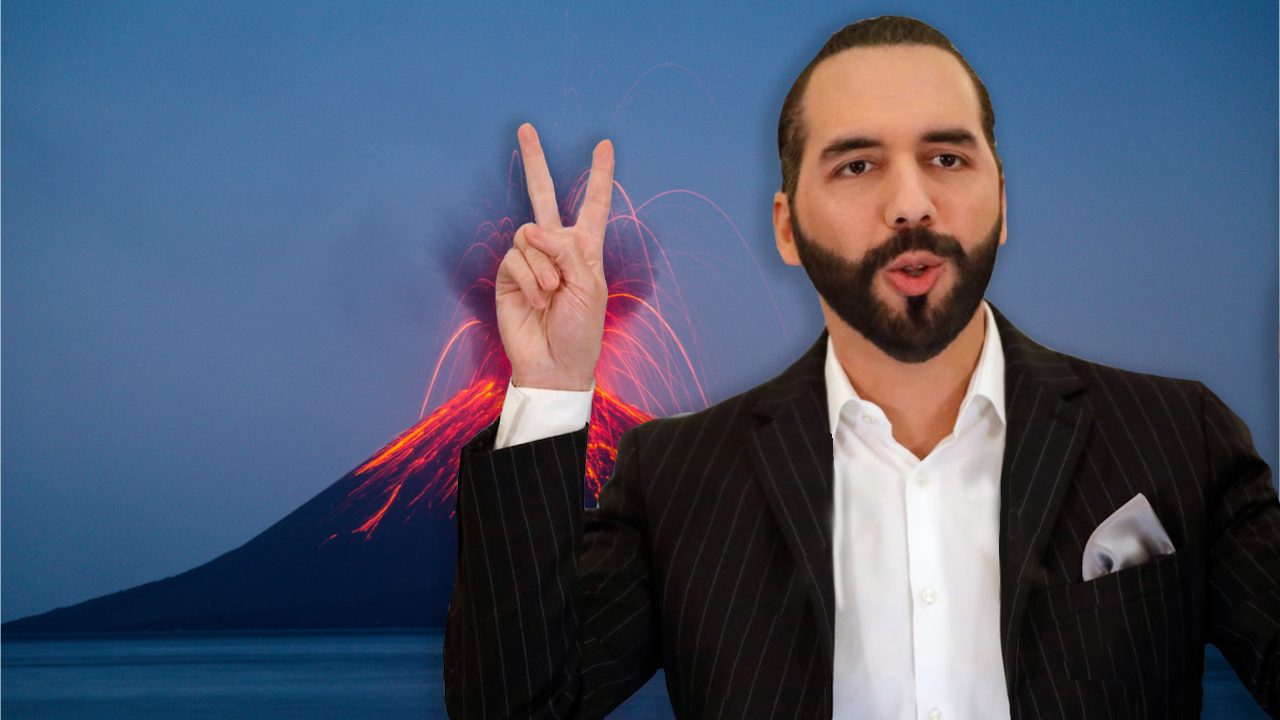 On Tuesday, Salvadoran president Nayib Bukele shared a video of a bitcoin mine operating adjacent to a volcano. Bukele discussed the volcano-powered bitcoin mining on June 9 when he talked about the “95MW of 100% clean, 0 emissions geothermal energy from our volcanos.”

The president of El Salvador shared a video via the social media platform Twitter that said “First steps,” as the film shows ASIC bitcoin mining rigs being installed at a geothermal energy plant. The video shows containers that are emblazoned with the Salvadoran government logos and a large quantity of ASIC mining devices. The video has been viewed around 2 million times on Twitter, and Bukele’s video tweet has over 50K likes and over 12,000 retweets.

While many bitcoin proponents said the mining facility was “impressive,” a few Salvadoran citizens complained about the use of energy. “So, there are centers to produce more energy, but to mine bitcoin,” one individual asked the Salvadoran president. “People who have been waiting for electricity for more than 30 years. Not that you would help those most in need? Hypocrite,” the person added.

A lot of people gave the woman flak for asking Bukele that question, but a number of people stuck up for her. “She just wonders, like any normal person,” another individual replied in Nayib Bukele’s tweet thread. “Why is there money to set up power plants for [bitcoin] mining and there is no money to supply the entire population. Before insulting people, make an argument,” the person added. Besides the introduction to volcano-powered bitcoin mining this past June, Bukele also discussed the subject in greater detail on an episode of “What Bitcoin Did.”

The Salvadoran president told the host Peter McCormack about how “El Salvador has not been the country that’s recognised to be the first in innovation,” but he asked, “Why not this time?”

While Bukele stressed during his interview that geothermal energy was “a very, very clean source of energy” and that it has “almost no downsides,” the Salvadoran president did not go over the subject of specific Salvadorans not having access to electricity. “Currently, the electrification index is 83.4%” in El Salvador according to the latest statistics. Major urban areas in El Salvador have around 97% access to electricity, while ruralized regions in the country today show an electrification index estimate of around 72%.

The video shows an aerial view of the volcano-powered bitcoin mining facility.

El Salvador is the largest producer of geothermal energy in Central America and in July, the country suffered from a massive power outage. The Regional Operator Entity (EOR) based in El Salvador told the press that they witnessed a “load loss of 2,300 megawatts.”

The power outage in El Salvador and other regions in Central America cost around $18.2 million from failures. “The demand we had at that time was around 8,300 megawatts in the Central American region. We have lost 30% of the electrical power load,” the EOR director, René González, told reporters.

When discussing the volcano bitcoin mining experiment with Peter McCormack, Bukele emphasized that the project will be costly. “It’s going to cost $480 million, so that’s going to be a legacy for the country because we are building infrastructure paid by bitcoin,” Bukele said in his interview. Alongside this, demand for electricity in El Salvador is expected to grow annually at a rate of 5% year-over-year.