Altcoins take the next leg up after Bitcoin price holds $47.5K 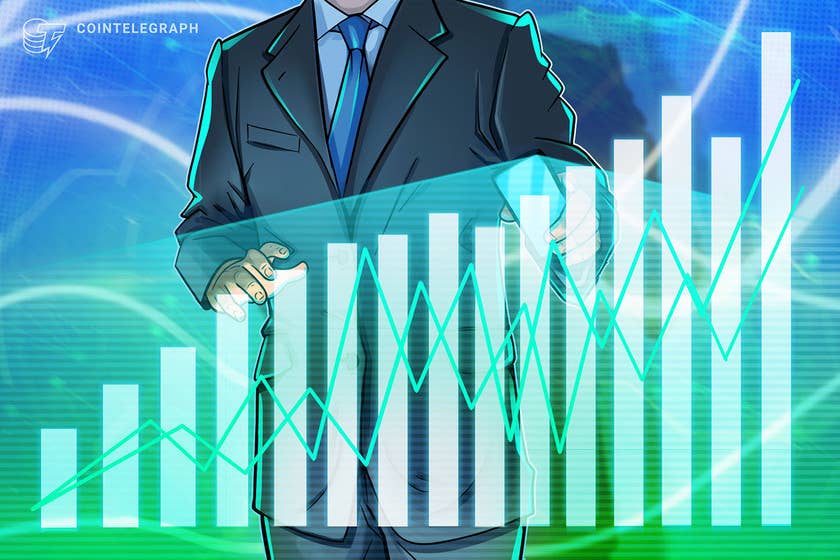 Bullish sentiment returned to the cryptocurrency ecosystem on Oct. 1 after a 10% spike in the price of Bitcoin (BTC) lifted it above the $47,500 level and resulted in the liquidation of more than $270 million in short positions.

The altcoin market quickly followed suit with a majority of the tokens in the top 200 registering double-digit gains for the day.

Data from Cointelegraph Markets Pro and TradingView shows that the biggest gainers over the past 24-hours were Oasis Network (ROSE), Axie Infinity (AXS) and ICON (ICX).

The allure of privacy draws traders to Oasis Network

The Oasis Network is a privacy-enabled blockchain designed for open finance and the creation of a responsible data economy.

VORTECS™ data from Cointelegraph Markets Pro began to detect a bullish outlook for ROSE on Sept. 30, prior to the recent price rise.

As seen in the chart above, the VORTECS™ Score for ROSE began to pick up on Sept. 29 and climbed to a high of 74 on Sept. 30, around three hours before the price increased 60% over the next two days.

The spike in price for ROSE comes as Ethereum (ETH) compatible networks that offer better scalability rise in prominence with the Oasis Network, outperforming many competitors thanks to its built-in privacy features.

Axie Infinity is a blockchain-based play-to-earn battling game that allows players to collect, breed, raise, battle and trade token-based creatures known as Axies, and earn an income in the process.

According to data from Cointelegraph Markets Pro, market conditions for AXS have been favorable for some time.

As seen in the chart above, the VORTECS™ Score for AXS spiked into the dark green zone on Sept. 26 and reached a high of 87 around 35 hours before the price began to increase by 55% over the next three days.

The surge in price for AXS comes following the implementation of staking capabilities for AXS holders as well as a community Airdrop which distributed 800,000 AXS tokens to early adopters of the game.

ICON rallies ahead of its mainnet upgrade

ICON is a general-purpose blockchain protocol and aggregator chain designed to host decentralized applications and facilitate interoperability between separate networks.

The jump in ICX price comes after the release of wrapped ICX, which is compliant with the ERC-20 standard and can be used interoperably with decentralized finance on Ethereum. The upgrade is part of the protocol’s final preparation before implementing the ICON 2.0 mainnet upgrade.