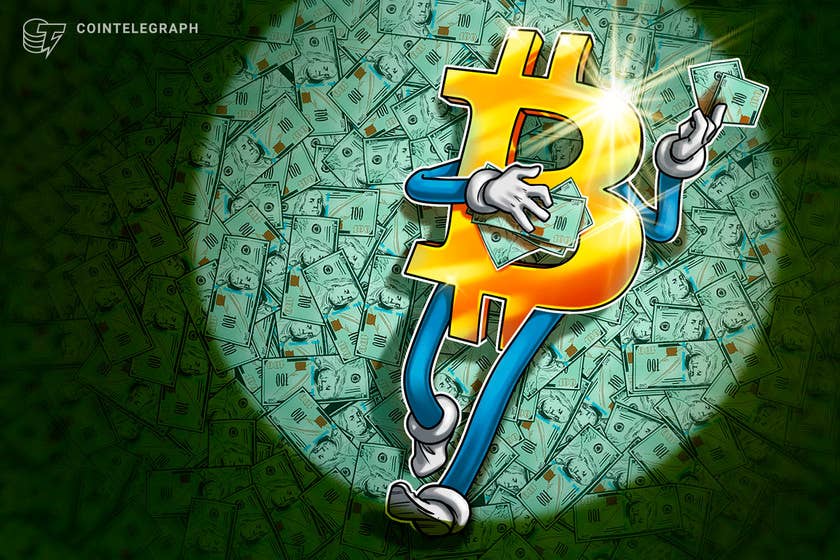 Bitcoin (BTC) looks to reclaim $45,000 on Oct. 1 as the United States dollar retreated lower after hitting its one-year high. Bitcoin’s tight inverse correlation with the greenback over the past month suggests that a weakening dollar could push BTC’s price even higher in the coming sessions.

In detail, the U.S. Dollar Index (DXY), which measures the dollar’s strength against a basket of six foreign currencies, including the euro and sterling, hit 94.50 Thursday for the first time since Sept. 28, 2020. But it retreated on news of rising U.S. jobless claims against the forecasts of a decline.

The labor data released Thursday showed that the number of jobless claims rose to 362,000 last week against 351,000 a week earlier and against the economists’ projection of 333,000. As a result, the number of reapplications got stuck around 2.8 million for five weeks in a row.

For the markets, this could be news that the Federal Reserve might delay tapering its $120-billion asset-purchasing program from November to a later month, thus keeping interest rates lower and the dollar’s renewed strength temporary.

Technicals also showed the greenback facing the prospect of a correction ahead. For example, independent market analyst TradingShot spotted the dollar index inside a megaphone pattern, which is about to get topped out to pursue a correction in the coming sessions, as shown in the chart below.

“Based on the 1D relative strength index (RSI), it appears that DXY is right at the top of the formation as [it was] on Aug 15, 2018,” TradingShot wrote.

“DXY is building up a strong pull-back to the bottom of the Megaphone.”

Meanwhile, a recent bout of selling in the Bitcoin market lately had it paint a falling wedge pattern. In detail, falling wedges appear when the price trends lower inside a channel comprising two diverging, descending trendlines.

Traditional analysts see the falling wedge pattern as a bullish reversal indicator, noting that a break above its upper trendline moves the price higher by as much as the maximum distance between the wedge’s trendlines.

The structure’s maximum height is roughly $10,000. As a result, Bitcoin’s price can at least retest $50,000 should the wedge breakout play out as intended.

On the other hand, the underwhelming jobs report could boost investors’ interim appetite for Bitcoin.

Vasja Zupan, president of Matrix Exchange, told Cointelegraph that the dollar’s weakness and devaluation against rising inflation would continue to make investors put their excess cash in crypto markets. He said:

“Bitcoin in its core proposition has an integrated hedge against inflation and, therefore, persistently higher inflation in the U.S. can only push it upwards. Therefore, in the long term, the dollar’s worth will continue to be lesser than Bitcoin.”