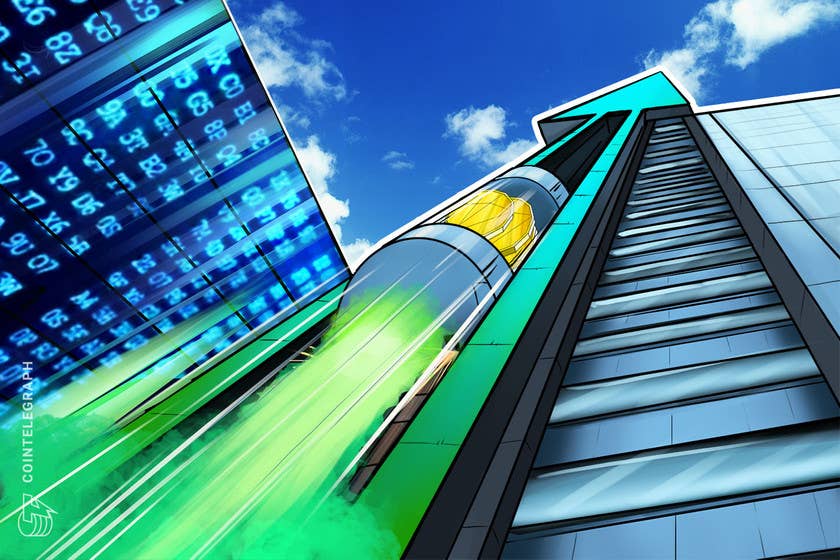 The wider cryptocurrency market fell under pressure on Oct. 4 as the momentum generated by Bitcoin’s (BTC) weekend spike above $49,000 was overshadowed by more global concerns related to the global financial system, rising inflation and supply chain challenges.

Despite these struggles, many altcoins managed to rally and at the time of writing, the crypto gaming and decentralized finance sectors continue to grow in popularity.

Data from Cointelegraph Markets Pro and TradingView shows that the biggest gainers over the past 24 hours were Axie Infinity (AXS), PowerPool (CVP) and Polkastarter (POLS).

Axie Infinity is a blockchain-based battle and collecting game that has been one of the breakout stars of 2021 and in addition to booking a stellar 5,000% rally, the game also helped to introduce the wider public to the powers of play-to-earn games and the income opportunities that they present.

According to data from Cointelegraph Markets Pro, market conditions for AXS have been favorable for some time.

As seen in the chart above, the VORTECS™ Score for AXS began to pick up on Oct. 2 and climbed into the dark green zone on Oct. 3, just one hour before its price increased 51% over the next day.

The rally in price on Oct. 4 came as a live chat with the developers behind the project leaked some new details about upcoming updates, including the addition of Axie scores for each character that add new abilities and effects for gameplay.

PowerPool is a decentralized finance protocol that specializes in helping users to accumulate governance power in Ethereum-based protocols through the creation of token pools and community voting.

VORTECS™ data from Cointelegraph Markets Pro began to detect a bullish outlook for CVP on Sept. 29, prior to the recent price rise.

As seen in the chart above, the VORTECS™ Score for CVP climbed into the green zone on Sept. 29 and reached a high of 74 roughly two days before its price began to increase by 60% over the next three days.

The bump in price for CVP comes as the project was listed on the cryptocurrency exchange Binance and added to the Binance Smart Chain.

Polkastarter is a protocol in the Polkadot ecosystem designed to offer an easy-to-use launchpad for early-stage blockchain projects to launch token pools and auctions as a way to raise capital and distribute their tokens.

VORTECS™ data from Cointelegraph Markets Pro began to detect a bullish outlook for POLS on Oct. 2, prior to the recent price rise.

As seen in the chart above, the VORTECS™ Score for POLS began to pick up on Oct. 2 and reached a high of 74 around 29 hours before its price increased 23% over the next day.

The spike in the price of POLS comes as the project released Polkastarter v2 to the community which includes updates to the dashboard and the ability to stake POLS on Ethereum or the Binance Smart Chain.