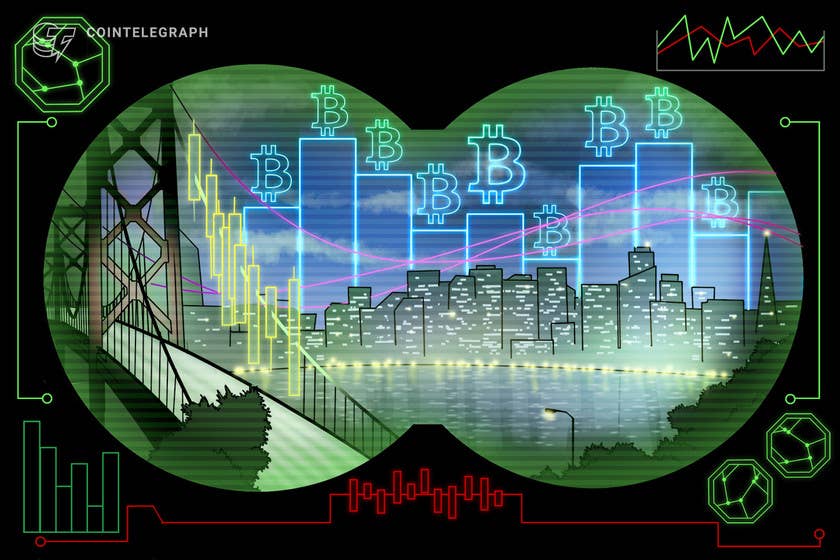 Bitcoin’s (BTC) meteoric rise above $50,000 this week is likely to continue well into the fourth quarter, as the psychological resistance flips to support during the next leg of the bull market, according to Bloomberg’s senior commodity strategist Mike McGlone.

On Tuesday, McGlone circulated the October 2021 edition of the Bloomberg Galaxy Crypto Index, which provided an overview of where digital assets could be headed for the rest of the year. In the report, McGlone speculated that Bitcoin’s $50,000 resistance — a level that has proven impenetrable since the May dump — was about to flip support.

“Bitcoin’s $50,000 resistance point since May appears ripe to become the crypto’s support value in 4Q,” he wrote, adding:

The BTC price surged toward $55,000 on Wednesday, as a confluence of technical, fundamental and sentiment factors pushed the cryptocurrency to multi-month highs. As Cointelegraph reported, Bitcoin is increasingly decoupling from the broader macro-environment. A case in point is that Bitcoin’s 9% rise on Wednesday came as the Dow Jones plunged over 200 points and the United States dollar rose 0.4% against a basket of competing currencies.

McGlone’s report indicated that Bitcoin remains at a discount when compared with traditional stock market indexes like the Nasdaq. “Rising equities should keep high-beta Bitcoin buoyant, but if the stock market drops, more stimulus will solidify underpinnings for the digital reserve asset,” he explained.

The report also had positive things to say about Ether (ETH) amid the widespread adoption of decentralized exchanges (DeFi) and nonfungible tokens (NFTs). Regarding the Ether price, McGlone has set a target of $5,000, arguing that the path of least resistance is higher.