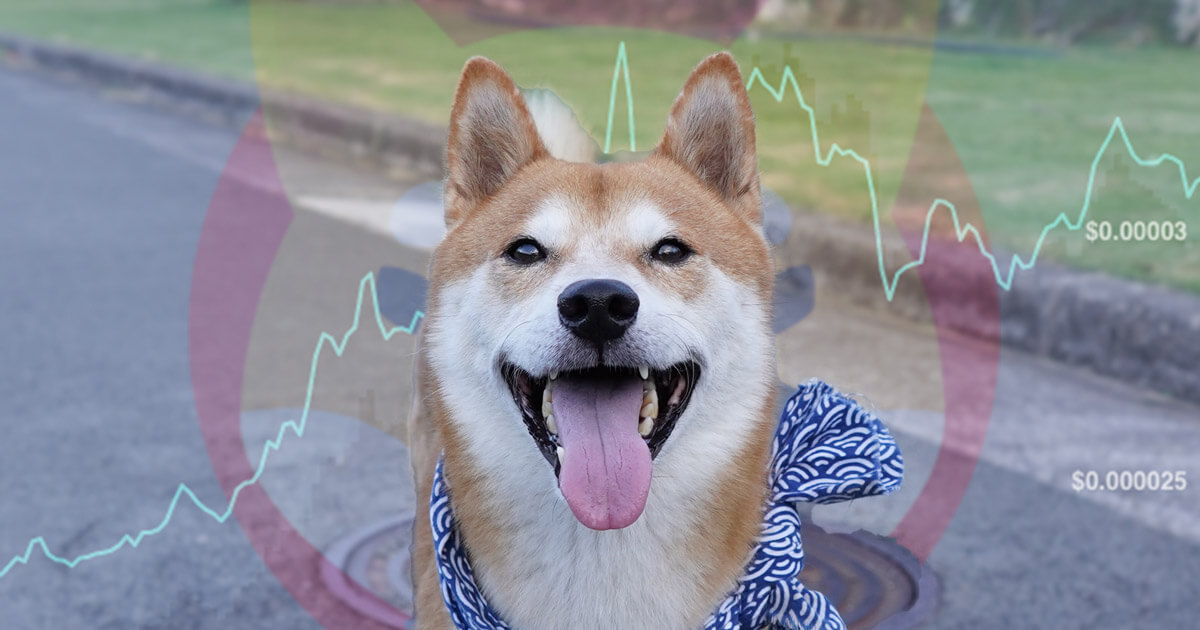 Since the start of this week, as spurred by Elon Musk’s “Floki Frunkpuppy” tweet, $SHIB has gained over 260% in value. Today, $SHIB spiked as high as $0.00003500 before profit-takers stepped in, leaving a long top wick on the daily candle at the time of writing.

Meanwhile, the original dog-inspired meme token, Dogecoin, is down 6% over the last 24-hours. Suggesting meme coin investors have switched their focus to Shiba Inu.

Should we expect this trend to continue?

What’s the point of Shiba Inu?

Shiba Inu launched in August 2020 as an edgier version of Dogecoin running on the Ethereum chain.

Its anonymous founder, named Ryoshi, spoke of building a decentralized community-run project to smash the status quo. He envisions Shiba Inu as a mechanism to re-distribute power to the people.

“We believe through the power of collective decentralization we can build something stronger than a centralized team ever could create. A community-run token is nothing without the united individuals who give it purpose.”

Aside from its purported narrative, what does $SHIB do? Quite a lot, as it turns out.

The Shiba Inu ecosystem features a swap function via ShibaSwap. Token holders can swap into the $BURY token and earn passive income by staking it. There’s also the $BONE governance token enabling voting.

The platform also plans to support NFTs in the near future.

Meanwhile, Mark Cuban is trying to turn $DOGE into a payment mechanism. But, Dogecoin has no official use case, and other crypto tokens, such as XRP, offer payments more cheaply and with greater speed and scalability.

It seems Dogecoin’s only use is as a fun and friendly meme token. But as evidenced by current price activity, investors want more than that.

Why is this happening?

$1,000 invested in Shiba Inu during the last week of September is worth around $4,700 today. With that, investors are increasingly looking at $SHIB as the new Dogecoin.

However, similar to what $DOGE experienced earlier this year, naysayers are calling into question the fundamental value of $SHIB. One Reddit post intended to warn people by highlighting the risks involved with investing in meme coins such as $SHIB.

Meme coins are meme coins, nothing more, nothing less, and there’s nothing wrong with letting everyone know how risky it is.”

Nonetheless, with buoyant price action on offer, perhaps investors view $SHIB as the new and improved meme token to get behind.

Join now for $19/month Explore all benefitsPosted In: Analysis, Trading