DEXs come to the rescue after China bans crypto 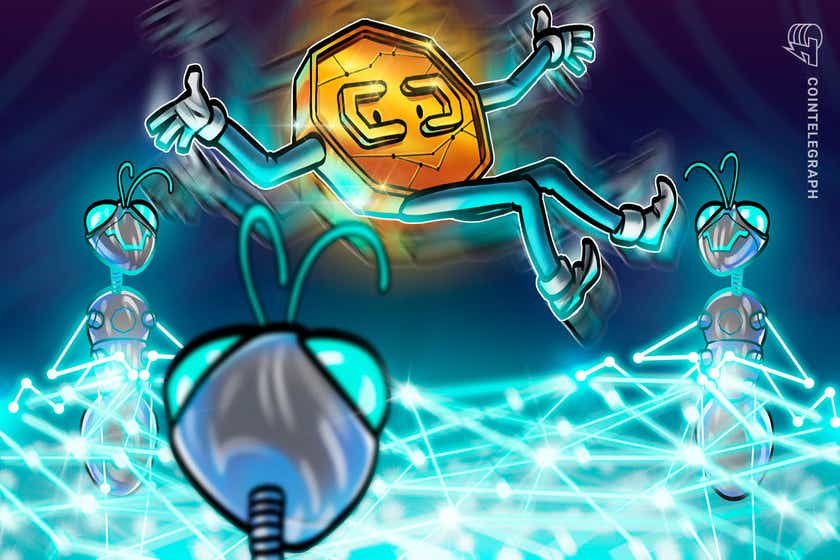 Over the past few months, there have been some major developments coming out of China that have rocked the cryptocurrency market and the global financial markets. China’s Evergrande debt repayment crisis sent shockwaves throughout global equities markets, as well as the United States Securities and Exchange Commission’s (SEC’s) consistent signaling of upcoming regulation for stablecoins and decentralized finance (DeFi) continued to weigh on sentiment within the market.

While the Evergrande situation somewhat resolved itself, for the time being, the government crackdown on unregulated DeFi platforms and stablecoin transactions continues. This has resulted in cross-chain equipped layer-one protocols and layer-two solutions seeing increased volumes as traders search for non-centralized venues to interact with.

According to CryptoQuant CEO Ki Young Ju, after China announced a ban on all cryptocurrency transactions, major cryptocurrency exchanges like Huobi suspended services for accounts in mainland China.

This phenomenon is particularly interesting and requires further investigation, given the assumed failure of Ethereum’s London hard fork in addressing untenable gas fees and the regulatory concerns mounting over the U.S. and China’s response to cryptocurrencies.

Let’s take a look at some of the recent thriving DEXs and popular protocols that are seeing an increase in inflows.

The Ethereum network is by far the most dominant smart contract and it hosts the largest and most used decentralized exchanges like Uniswap (UNI) and SushiSwap (SUSHI), according to data from Dune Analytics.

While the most recent cryptocurrency ban out of China dominated headlines in the last two weeks of September, the announcement was originally made on Sept. 3, around the same time that activity on Uniswap surged higher.

As shown in the graph above, the spike in Uniswap’s activity and trading volume actually began on Aug. 28 and remained elevated above its previous average for the next couple of weeks.

Uniswap has also benefited from its recent integrations with the newly released layer-two solutions Optimism and Arbitrum, which helped to lower the transaction costs and speed up confirmation times for users on the network.

The Fantom protocol has risen in prominence in recent months thanks to the launch of a bridge to the Ethereum network and a 370 million FTM developer incentive program designed to attract new projects to the Fantom ecosystem.

Data from Token Terminal shows that while the announcement of the incentive program on Aug. 30 provided an initial boost in protocol revenue and token price, it wasn’t until after the regulatory announcement from China on Sept. 3 that activity and protocol revenue really experienced a sustained increase.

Fantom utilizes a directed acyclic graph architecture that enables a high throughput capability for near-zero fees, which has helped the protocol grow in popularity amongst DeFi and NFT traders who were priced out of conducting transactions on Ethereum.

SpookSwap and SpiritSwap are the two top DEXs on the Fantom network and together currently handle an average of $95 million in 24-hour trading volume.

The Avalanche network is a blockchain protocol that has been gaining traction since its mid-August launch of the Avalanche Rush liquidity mining incentive program, which includes more than $180 million worth of rewards and incentives designed to attract liquidity to the DeFi ecosystem on Avalanche.

Since the release of the incentive program in mid-August, the protocol revenue and token value for the native token AVAX have been on the rise as users transferred assets across-chain to engage in Avalanche’s growing DeFi ecosystem.

According to data from DefiLlama, the top DEXs on Avalanche are Trader Joe (JOE) and Pangolin (PNG), which combined currently see an average 24-hour trading volume of $355.2 million.

Decentralized perpetuals trading protocol dYdX, which has exploded in popularity in September following the airdrop of its native DYDX token, has also seen an uptick in user activity and volumes.

According to data from Token Terminal, the daily trading volume on the exchange exploded in the final days of September, surging from an average below $2.1 billion to more than $9 billion on Sept. 27.

The regulatory crackdown has been especially hard on derivative and leveraged cryptocurrency exchanges like BitMEX and Binance, leading to an increase in demand for decentralized options like dYdX and Hegic.

While many across the cryptocurrency ecosystem lamented China’s crackdown on the crypto sector, their heavy-handedness may have actually turned out to be a blessing in disguise. It prompted traders to venture away from centralized exchanges and out into the rapidly expanding DeFi ecosystem where the ethos of decentralization and the ability to “be your own bank” is still available to those who seek it.

Want more information about trading and investing in crypto markets?