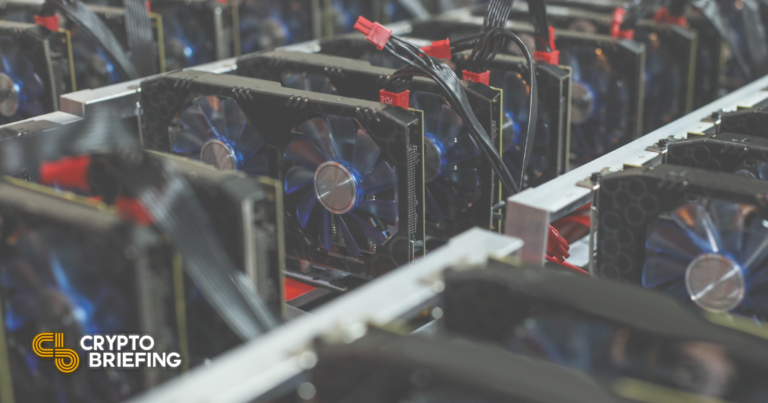 On-chain metrics and company production reports show that Bitcoin and Ethereum miners are holding off from selling their mining rewards. The value of crypto held by miners has reached new all-time highs.

Crypto miners appear to be adopting a “HODL” strategy.

On Ethereum, on-chain data also shows an uptick in the amount of ETH being held. According to the behavior analytics platform Santiment, miner balances stand at 532,750 ETH, the highest levels since 2016. The value of the stockpiled ETH has blown past all-time highs and is quickly approaching $2 billion as the second-largest cryptocurrency edges higher.

Instead of selling their mining rewards to cover operating costs and fund expansion plans, mining firms are instead choosing to raise capital in other ways to avoid parting with their crypto. For example, Toronto-based Hut8 recently filed to raise $150 million through a public offering, betting that the appreciation of the company’s crypto assets would make up for the short-term price dip from diluting its shares.

Other companies have started using their mining rewards as collateral to take out loans. Argo Blockchain recently finalized a deal with Galaxy Digital Holdings for a $25 million loan using Bitcoin as collateral.

The past several months have been a unique opportunity for North American miners to expand. Following crackdowns on crypto mining in China, the Bitcoin hash rate plummeted, causing the mining difficulty to drop by 28%. As such, companies that continued mining throughout the summer were able to mine record amounts of Bitcoin and Ethereum.

The unwillingness of miners to part with their crypto assets shows widespread bullish sentiment in the industry. Mining companies seem to have decided that the long-term upside potential of holding on to their Bitcoin and Ethereum is too great to pass up.

Disclaimer: At the time of writing this feature, the author owned BTC, ETH, and several other cryptocurrencies.

Publicly-listed Bitcoin mining firm BIT Mining is one of many operations moving overseas due to the ban imposed by the Chinese government. Another Chinese province pulls the plug on Bitcoin…