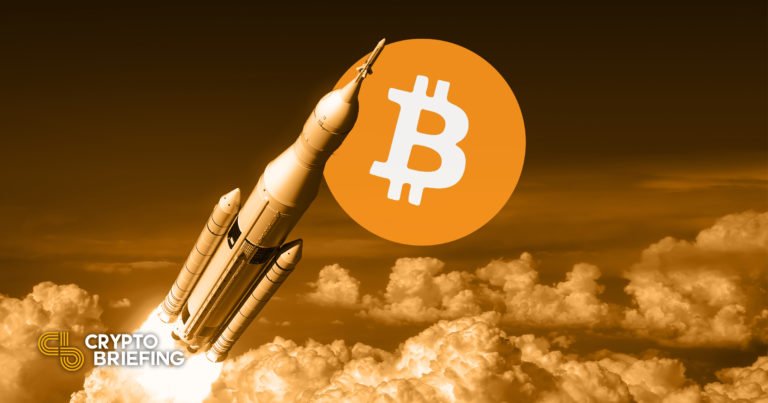 Bitcoin is trading above $56,000 for the first time in months.
On-chain data shows that buying pressure is increasing.
Bitcoin faces one major resistance barrier ahead of new record highs.

The pioneer cryptocurrency has proven doubters wrong after its most recent bullish impulse resulted in nearly $40 million worth of short positions liquidations. Now that Bitcoin has broken $56,000, new all-time highs appear to be on the horizon.

Bitcoin is still trending up.

The flagship cryptocurrency has gained nearly 2,400 points in market value in the last few hours as it attempts to advance toward new all-time highs. It broke $56,000 for the first time in five months early Monday and is currently a 13% move away from its $64,800 peak.

On-chain data shows that the bullish price action is supported by buying pressure on the spot markets. Behavior analytics platform Santiment reveals that whales are contributing to the rising prices by accumulating large quantities of the asset.

Addresses holding between 100 and 1,000 BTC have purchased over 60,000 BTC since the beginning of the month, worth approximately $3.4 billion. Meanwhile, more than 20,000 BTC have been removed from known cryptocurrency exchange wallets within the same period.

Such supply and demand dynamics suggest that selling pressure is falling. Nonetheless, Bitcoin still has an obstacle to overcome before it can reach higher highs.

IntoTheBlock’s In/Out of the Money Around Price (IOMAP) model reveals that roughly 1.12 million addresses have previously purchased nearly 417,000 BTC at an average price of $57,900. A daily candlestick close above this resistance wall could pave the way for new all-time highs as the IOMAP shows no further barriers ahead.

It is worth noting that Bitcoin must hold above the $54,900 support zone to avoid further losses. Slicing through this significant interest area may encourage investors to sell their BTC to prevent their investments from going “Out of the Money.” In this eventuality, a downswing to $50,000 could play out before Bitcoin resumes its uptrend.

On-chain metrics and company production reports show that Bitcoin and Ethereum miners are holding off from selling their mining rewards. The value of crypto held by miners has reached new…

U.S. Bank, the fifth-largest retail bank in the United States, has announced a Bitcoin custody service.  Big Banks Open to Crypto Custody Service U.S. Bank, which currently has custody of…