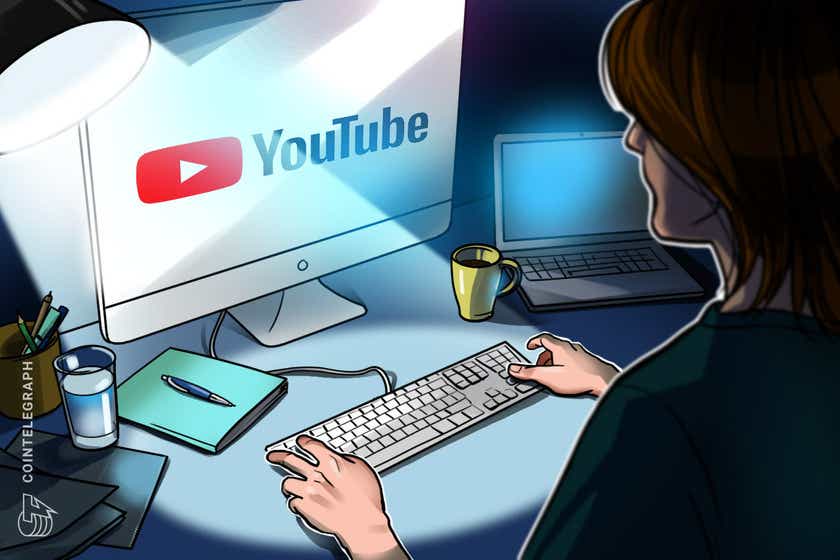 In an Oct. 11 update on his Twitter account, Pompliano — a Bitcoin (BTC) bull known for his interviews educating skeptics and others on crypto — said he received a message from YouTube claiming a recent livestreamed interview with stock-to-flow model creator PlanB encouraged “illegal activities.” Pompliano’s entire channel was unavailable for roughly two hours before being returned to the platform, with all videos on BTC and crypto viewable to the public.

“[YouTube] first stated that the content, an interview on Bitcoin, was harmful and dangerous,” said Pomp. “They then stated that we would receive a strike, but then I received a second email saying the channel was being deleted seconds later.”

According to Pomp, he had received no “strikes” — violations of YouTube’s community guidelines; three strikes within 90 day can result in a channel being permanently removed — and the video seemingly didn’t have any questionable content or otherwise. However, the platform’s guidelines state it has the right to remove channels for “a single case of severe abuse” or for accounts dedicated to content including hate speech, harassment, or impersonation.

YouTube had previously targeted crypto-related content on the platform, with its algorithms labeling videos on BTC and other cryptocurrencies as “harmful content,” and leaving human reviewers to assess any grounds for appeal. In Pomp’s case, he was able to get the attention of YouTube’s support team on Twitter within minutes — likely due to his 1.1 million followers and verified account. However, other crypto content creators have reported waiting days after having their channels similarly terminated.

The seemingly arbitrary removal of the account of a major player in the crypto space highlights the danger of relying on a centralized platform like YouTube. Last week, Facebook, Instagram and WhatsApp went offline for roughly six hours, likely disrupting community engagement around crypto and blockchain projects.

In addition, YouTube has been at the center of attention for attempting to purge videos related to misinformation on health around the COVID-19 pandemic. In August, the platform said it had removed more than one million video “related to dangerous coronavirus information” since February 2020.