A Meebit NFT Sold for $49.5M in Ethereum—But There’s a Catch 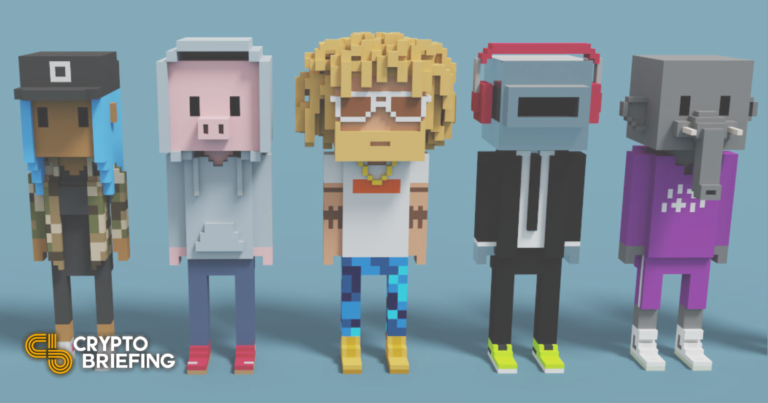 Meebit #13824 sold for 14,700 Ethereum on LooksRare this afternoon.
LooksRare is a new OpenSea competitor offering trading rewards to incentivize users, which may explain the sale.
Trading volumes for Meebits and Loot have soared on LooksRare this week, likely because the two collections do not charge royalties on secondary sales.

The sale took place on LooksRare, a decentralized OpenSea competitor that launched with a token airdrop this week, earlier this afternoon. The buyer paid 14,700 Ethereum for Meebit #13824, the equivalent of around $49.5 million at today’s prices. The transaction can be viewed on Etherscan.

The $49.5 million price tag makes the token one of the most valuable NFTs ever sold, behind Beeple’s “Everydays: The First 5,000 Days” and Pak’s “The Merge,” which respectively fetched $69.3 million and $91.8 million last year. However, several signs suggest that the trade may not be legitimate.

The buyer’s wallet contains 18 other Meebits and three CryptoPunks, which suggests that they are a big fan of Larva Labs NFTs (Larva Labs is the design studio behind the two collections). However, while the rarest CryptoPunks frequently trade for millions of dollars, Meebits are typically much less sought after. On both LooksRare and OpenSea, the cheapest Meebits are trading for roughly 4 Ethereum at press time. Meebit #13824 also has more common traits than other NFTs in the collection, which makes it less valuable. Prior to today’s sale, the highest offer it had received on LooksRare was 3.95 Ethereum.

LooksRare’s token reward distribution may explain the sale. To incentivize users, the marketplace is paying out 2,866,500 LOOKS tokens to traders daily for its first 30 days. The LOOKS token is currently trading at $4.12, which equates to $11.8 million in daily rewards. The rewards are distributed pro rata according to each user’s trading volume, which means generating more volume can earn a greater portion of the $11.8 million.

As the Twitter user dingaling suggested in a Wednesday tweet storm, some LooksRare users could have engaged in wash trading to receive a greater share of the rewards. Wash trading involves buying and selling products to create artificial activity to manipulate markets and prices. It’s illegal in traditional markets. In this instance, the original owner of Meebit #13824 may have sold the NFT back to themselves through another wallet to secure a greater share of the rewards pool. Crypto Briefing analyzed the transaction history on the seller’s wallet but did not find any prior connection to the buyer.

In addition to Meebit #13824, many other NFTs have sold at inflated prices relative to their market value over the last few days. Meebits and Loot are particularly susceptible to the wash trading hack as neither collection charges a royalty to the creator on secondary sales, which isn’t the case for most other NFTs. As a result, the relative cost basis for a wash trader is much lower. Meebits has seen 107,238 Ethereum in trading volume on LookRare in the last few days, while Loot has processed 40,416 Ethereum. On OpenSea, the two collections have seen only 80,500 Ethereum and 72,600 Ethereum since the marketplace launched.

LooksRare is set to continue paying trading rewards in four phases that will gradually reduce distribution over the next year. While the marketplace is yet to comment on the wash trading issue, for now it seems a little early to rank the Meebit #13824 sale alongside Beeple and Pak just yet.

Disclosure: At the time of writing, the author of this feature owned ETH and several other cryptocurrencies.

Larva Labs, the creatives behind the beloved CryptoPunks and Autoglyphs NFTs, have launched a new collection. Meebits caused a storm yesterday, but some raised eyebrows at the entry price.  Larva Labs…

What is a Crypto Airdrop: Why Projects Airdrop Crypto

Crypto airdrops occur when new tokens are freely distributed to different wallets in order to drive initial growth and build a community. They represent a popular marketing tactic that new projects use to spread…

Larva Labs has signed a deal with United Talent Agency (UTA), according to The Hollywood Reporter. CryptoPunks Will Get Media Representation The deal means that CryptoPunks—Larva Labs’ popular series of…