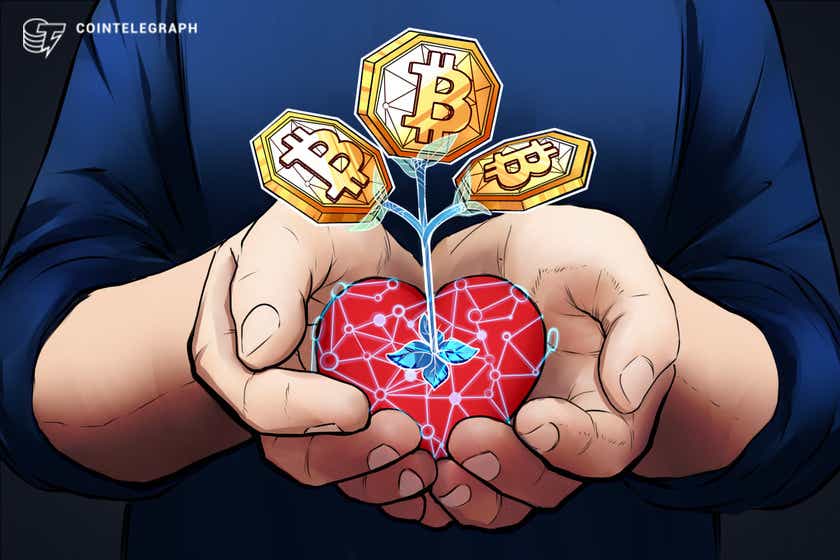 On Friday, the Kingdom of Tonga experienced the shockwave of a massive volcanic eruption of the Hunga Tonga-Hunga-Ha’apai volcano.

More eruptions ensued after the first, leaving the citizens of Tongatapu, the main island of Tonga, to face down a tsunami.

Amid the difficulties, crypto holders expressed their sympathy and intent to donate Bitcoin (BTC) to help with the relief operations. Twitter user onair_blair urged Bitcoin supporter and former Tongan lawmaker Lord Fusitu’a to set up a wallet address where people can donate bitcoins for Tonga’s relief funds.

With waves of up to 1.2 meters (about 4 feet) covering to roads and properties, people started fleeing to higher ground to escape. At the time of writing, there have been no casualties reported. However, air and water contamination are now some of the immediate concerns for aid organizations.

Lord Fusitu’a responded with a BTC wallet address and a link where people can donate fiat to help with the relief operations. The address has received a total of 0.10794983 BTC ($4,625.29) since yesterday.

Last Friday, Lord Fusitu’a told Cointelegraph of plans to use geothermal energy from the volcanoes to power Bitcoin mining operations that would aid the country’s finances. The country has 21 volcanoes and according to Lord Fusitu’a, “each volcano produces 95,000 megawatts at all times leaving much to spare.” The lord notes that a single volcano can generate $2,000 worth of Bitcoin daily, and this will be given to Tongan families.

The former lawmaker also noted that the country is set to copy El Salvador’s move of making Bitcoin legal tender. In a series of tweets published on Jan. 12, Lord Fusitu’a said that this could happen as early as November or December this year.