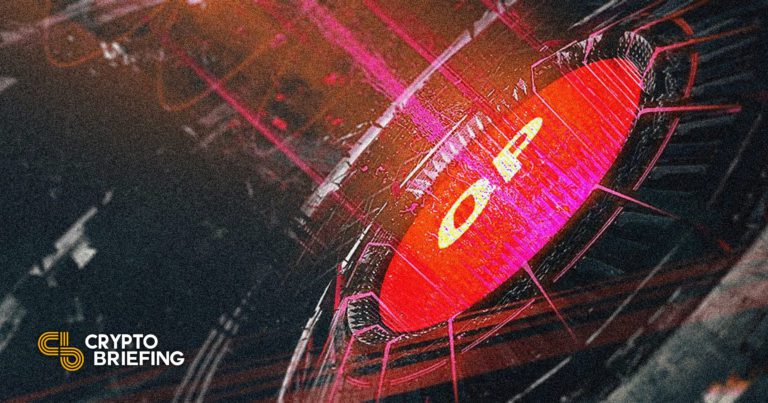 The attacker who stole 20 million OP tokens thanks to a Wintermute error has returned the majority of their spoils, Optimism has confirmed.

Hey folks—in the interest of transparency (😉,😅), the address has returned a majority of the OP, and @wintermute_t has committed to reimbursing the Optimism Foundation for the remaining 2mm OP, which was kept as a bounty.https://t.co/jtElgPdNPk

The Ethereum Layer 2 solution posted an update Friday confirming that the attacker behind the incident had returned 17 million of the 20 million OP tokens it stole this week. On Wednesday, Optimism announced that Wintermute had inadvertently lost 20 million OP tokens due to an Ethereum wallet error.

Optimism had granted the funds to the liquidity provisioning service to help market participants looking to trade the recently-launched OP token on centralized exchanges. However, when Wintermute deployed a Gnosis Safe wallet on Ethereum mainnet without checking that it had been deployed on Optimism, an attacker successfully took control of the wallet on Layer 2 and stole the funds.

On-chain data shows that the attacker began returning the funds to Optimism’s multi-signature wallet in a series of transactions late Friday afternoon. They also sent 1 million tokens to Ethereum creator Vitalik Buterin Thursday, which Optimism has confirmed “is being recovered.” Interestingly, the attacker also left a message to Buterin in an Ethereum transaction. They wrote:

“Hello, Vitalik, I believe in you, just want to know your opinion on this. BTW, help to verify the return address and I will return the remaining after you. And hello Wintermute, sorry, I only have 18M and this is what I can return. Stay Optimistic!”

OP bounced 9.8% today despite a decline across the broader market. Per data from CoinGecko, it’s currently changing hands for about $0.91.