Who designed the Bitcoin logo? 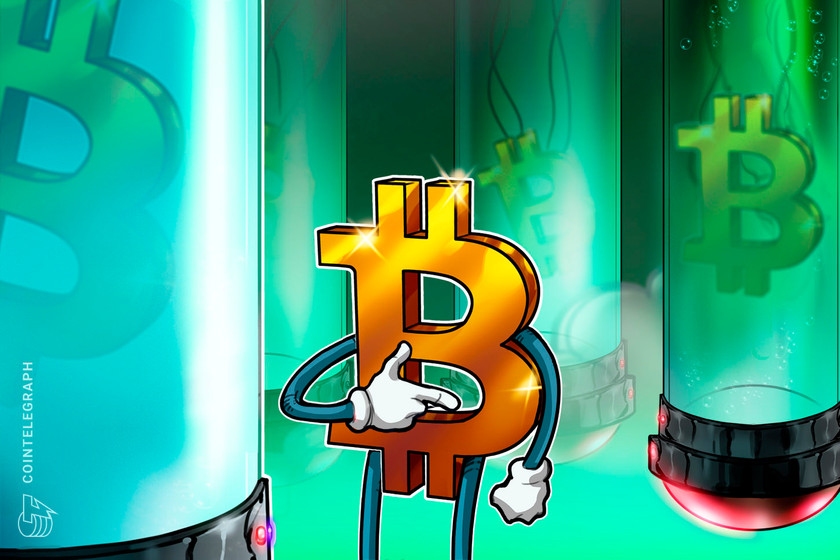 The bright orange Bitcoin (BTC) logo, for over a decade, has become synonymous with financial freedom amid modern-day recession and stringent governmental oversight. However, unlike the mysteries tied to Bitcoin’s origin, the development of the Bitcoin ‘₿’ logo is fairly documented in the depths of the internet.

When Bitcoin was introduced 13 years ago by creator Satoshi Nakamoto, the first iteration of the Bitcoin logo represented a gold coin with a “BC” text embedded in the center, as shown below.

However, on February 24, 2010, Nakamoto came up with a new Bitcoin logo, which saw the replacement of the “BC” text with “₿” embedded within the gold coin.

Based on community feedback, Satoshi then incorporated changes into the new logo and released the copyright-free images into the public domain. The logo then went on to be accepted as the official logo for Bitcoin for a short amount of time.

The decentralized nature of the Bitcoin ecosystem allows the general public to contribute to the Bitcoin network in various forms based on community consensus, including logo designs. On November 1, 2010, Bitcoin community member bitboy released a new iteration of the Bitcoin logo based on Satoshi’s design. However, this time the designer chose to replace the gold coin with the iconic orange circle and tiled the “₿” logo 14% clockwise.

As a result of overwhelming support from the community, bitboy’s design stands as the official logo for Bitcoin over the last 12 years. After releasing the finalized version of the Bitcoin logo, bitboy stated:

“Now everyone can make use of the graphics freely even for commercial purposes with this license and not bound by any restriction.”

Enthusiasts continue releasing new logos for Bitcoin to date, but the BTC community has yet to come across a symbol that comes close to the beloved orange ₿.

Bitcoin ATM installations made a steep recovery in June after witnessing a consistent decrease throughout 2022.

The above graph shows that May 2022’s drop reached a range that was last seen in 2019. Over the last two years, in 2020 and 2021, Bitcoin ATM installations grew consistently owing to friendlier regulatory landscapes amid a rewarding market when numerous cryptocurrencies attained their all-time highs momentarily.