Which Projects Could Be Affected by 3AC’s Liquidity Crisis? 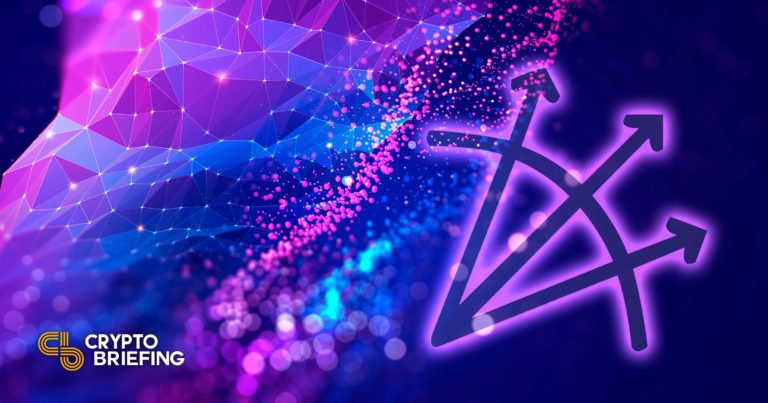 Three Arrows Capital is facing a liquidity crisis due to the collapse of the crypto market. It’s believed that the firm could be facing bankruptcy as it struggles to pay off its debts.
It’s likely that the firm will be forced to sell vested tokens it received from backing crypto projects to meet obligations with its creditors.
DeFiance Capital could also face contagion from a Three Arrows bankruptcy, compounding pressure on projects both firms have invested in.

As reports of insolvency abound, Crypto Briefing looks at which firms could be affected by Three Arrows Capital’s recent liquidation events and potential bankruptcy.

The Three Arrows Crisis So Far

“It’s only when the tide goes out that you learn who has been swimming naked.”–Warren Buffet

Early last week, rumors that the crypto hedge fund Three Arrows Capital could be facing bankruptcy flooded social media. Unconfirmed reports suggested that the fund, which had roughly $3 billion in assets under management in April 2022, had failed to meet margin calls on several of its undercollateralized loans. Numerous parties described radio silence from Three Arrows co-founders Su Zhu and Kyle Davies when informing them that their leveraged positions were in danger of being liquidated.

Additional reports suggested that it wasn’t just margin calls that Zhu and Davies stayed silent on. As the week drew on, other funds that Three Arrows had dealings with took to Twitter to share their stories. 8 Blocks Capital CEO Danny Yuan said that his firm, which had a long-standing relationship with Three Arrows, had been unable to contact Zhu or Davies that week. Yuan claimed that around $1 million of his firm’s money had gone missing from one of Three Arrows’ trading accounts, and it wanted answers.

According to Yuan, Three Arrows had used 8 Block’s funds to answer one of its leveraged long margin calls as the crypto market collapsed to its lowest levels in over 18 months. “Losing a bet is one thing, but at least be honorable and not drag others into your bets who have nothing to do with it. Certainly don’t ghost on everyone since potentially, they could’ve helped you,” he wrote on Jun. 16.

Toward the end of the week, the rumors of Three Arrows’ margin calls and liquidations gained credibility as more sources started to corroborate information. According to a Financial Times report, BlockFi liquidated a $400 million position Three Arrows held with the firm.

Although BlockFi did not explicitly confirm it had taken action on Three Arrows’ position, the company’s CEO Zac Prince wrote on Twitter that a “large client” that could not meet the margin calls on its loans had been liquidated. “No client funds are impacted. We believe we were one of the first to take action with this counterparty,” Prince wrote.

In the following hours, more liquidation rumors emerged. Genesis Trading confirmed it had liquidated “a large counterparty,” while anonymous sources told The Block that the firm had failed to meet margin calls on FTX, BitMEX, and Deribit.

The liquidation reports came to a head Friday when Zhu and Davies aired their hedge fund’s woes in an interview with The Wall Street Journal. Davies revealed that Three Arrows had invested $200 million in LUNA before Terra collapsed, putting the fund in a precarious position. He also confirmed that Three Arrows was considering selling off its illiquid assets and accepting a potential buyout from another firm to help it reach agreements with its creditors.

Though the exact figure is not publicly known, it’s believed that Three Arrows held $18 billion in assets under management at its height. As the firm grew, Zhu and Davies became some of the industry’s most recognizable figures, known for a series of successful high conviction bets.

As one of crypto’s largest funds faces significant restructuring, fears of further contagion to other parts of the industry have spread like wildfire. According to data from Crunchbase, Three Arrows has made a total of 56 investments across various crypto startups. In many cases, it’s likely that the firm received equity in the form of vested tokens that could be locked up for several years. Now, onlookers are watching the Three Arrows saga closely to find out who could be affected if the fund is unable to survive without intervention.

Who Could Be Affected?

Any project that has allocated tokens to Three Arrows in exchange for funding could potentially take a hit from the firm’s liquidation crisis. Token allocations are usually vested, meaning recipients must wait for a set period of time before they can sell them.

If Three Arrows needs to raise liquidity to pay off existing debts, it may turn to its token holdings to liquidate them as they unlock. This would result in the fund dumping large amount of tokens onto the already-depressed crypto market, potentially creating more selling pressure.

While the list of projects Three Arrows holds vested tokens of is likely to be vast, not all are equally at risk. Smaller projects with lower market capitalization and less liquid markets are intrinsically more vulnerable to price movements from token unlocks. Some examples of smaller, at-risk projects include Avalanche-based crypto gaming startups such as Imperium Empires, Ascenders, and Shrapnel. The three projects have received backing from Three Arrows and have previously allocated vested tokens to early investors.

Other startups Three Arrows has contributed to, such as the Cardano project Ardana, are scheduled to continue their token unlocks. For the next 13 months, Three Arrows will receive millions of DANA tokens vested from its contribution to Ardana’s seed and strategic investment rounds. Ardana founder Ryan Matovu recently revealed that Three Arrows was the startup’s largest single investor, putting the DANA token in a precarious position going forward.

Three Arrows may alternative opt to dispose of its vested tokens in over-the-counter discount deals. Doing so would not necessarily result in mass token selloffs on the open market when vesting finishes, which is the other most likely scenario. If the firms purchasing Three Arrows’ allocations believe in the long-term prospects of those projects, they are more likely to hold onto them—especially as they would be receiving them at a discount.

Regardless of whether Three Arrows liquidates its vested tokens as they unlock or sells them directly to another party, any project the fund has backed in the short term is potentially at risk. While the details of the firm’s investment deals are often private, looking into the vesting schedules of individual projects can sometimes shed light on the timing and size of upcoming unlocks.

DeFiance Capital is another potential victim of the Three Arrows crisis. Operating as a sub-fund and share class of Three Arrows, DeFiance has followed its parent fund in many venture investments. Although details of the relationship between the two firms are not public, recent tweets from DeFiance founder Arthur Cheong suggest that Three Arrows’ liquidity issues are affecting more than just the fund itself.

As rumors of Three Arrows’ insolvency spread last week, Cheong posted a series of cryptic tweets indicating that his firm was also experiencing problems. “Some friendship are truly priceless and a blessing. Some are not,” he tweeted on Jun. 16.

Many onlookers in the crypto space had interpreted Cheong’s remarks as evidence that DeFiance was facing insolvency in the fallout from Three Arrows’ issues. In response, Cheong said that his firm was “not done” and was working to find a solution without giving explicit details of what exactly was happening. Cheong has since said that he is “super proud of the DeFiance team” and that “it’s in time of adversity one’s true character is shown,” indicating that there may still be hope for the firm’s recovery. Crypto Briefing reached out to Cheong last week to request a comment on the Three Arrows crisis but did not receive a response.

While the details of DeFiance’s situation are still unknown to the public, given the firm’s connection to Three Arrows, insolvency seems a legitimate possibility. If such an outcome were to occur, DeFiance could also be forced to liquidate its vested token positions. In this case, any project that has received backing from both Three Arrows and DeFiance would be at a greater risk.

The DeFi protocols Aave and Balancer both received funding from Three Arrows and DeFiance in return for tokens from their treasuries. While Aave’s vested tokens have already unlocked, it is not clear what portion of those allocated by Balancer are still vesting. Other protocols that could be in a similar situation include the DeFi projects pSTAKE Finance and MEANfi, and crypto gaming projects Civitas, Ascenders, and Shrapnel.

It will likely be some time before the full extent of Three Arrows’ liquidity issues become public. Some rumors have suggested that the firm took out large unbacked loans from multiple lenders and used the borrowed capital to go long on Bitcoin and Ethereum as the market declined. If accurate, further contagion could be likely as several large players would be out of pocket from lending to the firm. The fund says it is mulling a rescue plan, but if it cannot work out a deal with its creditors or other venture firms, there could be more liquidations on the horizon. With the macroeconomic picture showing no clear signs of improvement, the Three Arrows crisis has become a ticking time bomb for the crypto industry.

Disclosure: At the time of writing this feature, the author owned ETH and several other cryptocurrencies.