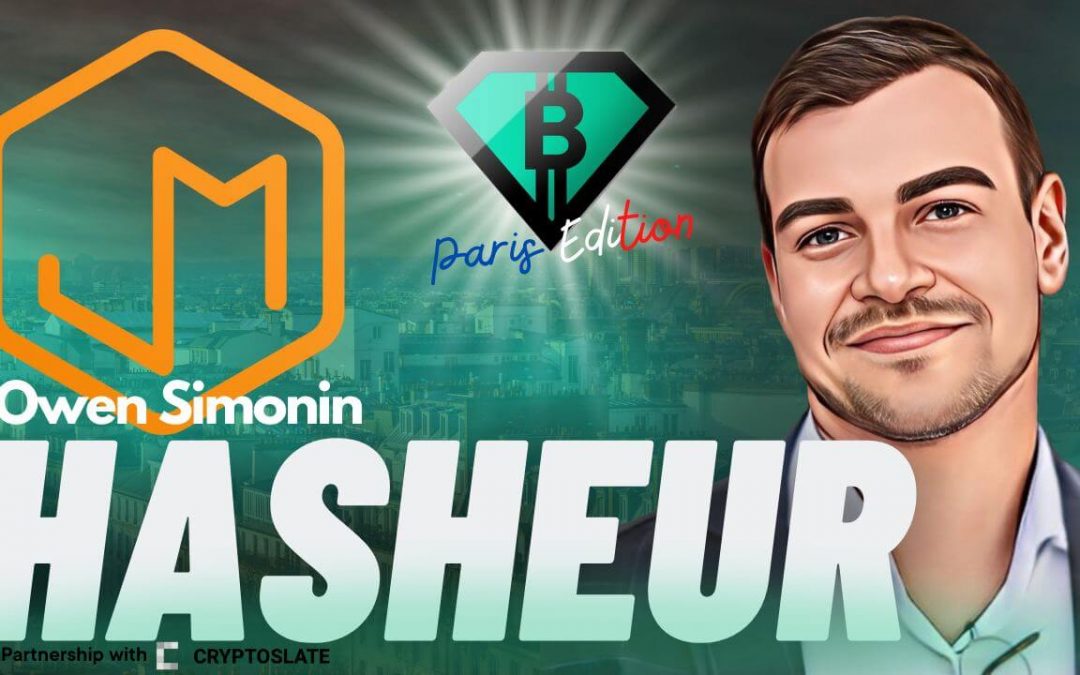 You can’t talk about the crypto industry in Europe without mentioning Paris. The capital of France has long been called Europe’s crypto capital, and recent developments in the country have only further cemented this.

Speaking to Cryptonites’ Alex Fazel at the Paris Blockchain Week, Owen Simonin said that a lot of positive things for the industry were happening in France. Simonin, known as Hasheur to his online audience, is one of the biggest crypto influencers in the country, whose massive online following led him to start a successful mining-as-a-service company.

When asked about what was changing in the crypto landscape in France, Simonin said that the arrival of Binance had the potential to become one of the biggest disrupting forces in the country. He acknowledged that France already boasted a bustling crypto ecosystem but said he believes the space needed a prominent actor like Binance to bring more significant changes — especially when it comes to regulation.

Simonin explained that this will be especially useful given the end goal of many crypto community members, which is to bring in as many institutions and traditional financial players to the industry as possible.

However, this will require solving two major problems — finding a way to legally move money from banks to cryptocurrencies and providing infrastructure for large but stable yields.

Simonin’s company, Just Mining, has set out to solve this problem while maintaining the mantra of building something “actually useful,” he told Cryptonites. The company offers mining-as-a-service to institutions, provides plug-and-play masternode configurations, enables delegated staking, and allows users to earn passive income on stablecoins through lending.

His company will continue on the road that big players like Binance have taken and continue building products that are actually useful to users, he said in the interview.