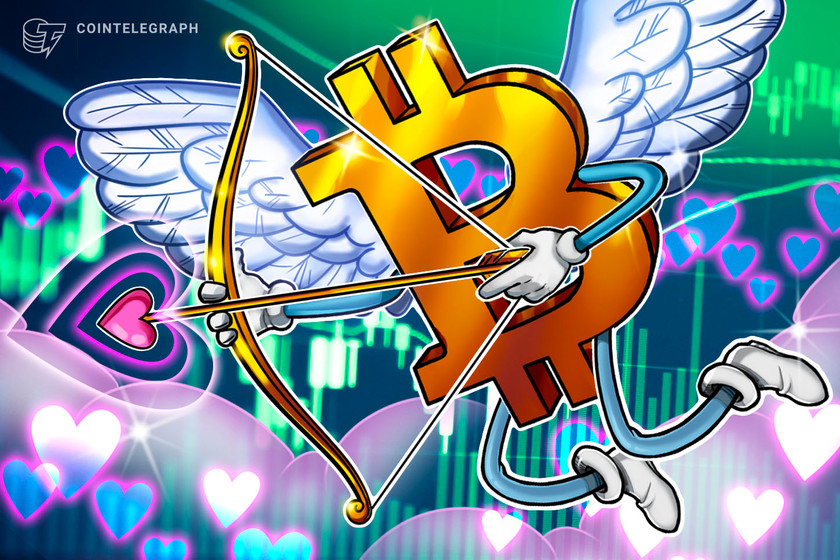 Peter Goettler, the CEO of United States-based think tank Cato Institute, has provided an update to the crypto community on the man who photobombed former Federal Reserve Chair Janet Yellen during a 2017 congressional hearing — and he’s in the family.

In a Monday online conference hosted by the Cato Institute on the state of U.S. monetary policy, Goettler told Fed Chair Jerome Powell that the “Bitcoin Sign Guy” became his son-in-law in 2022. The man, whose image while asking viewers to buy Bitcoin (BTC) as Yellen was testifying on the state of the U.S. economy went viral in 2017, was later identified to be Christian Langalis.

“The gentleman who photobombed Janet Yellen five years ago by holding up a “Buy Bitcoin” sign behind her during her Humphrey-Hawkins Testimony earlier this year became my son-in-law,” said Goettler, prompting chuckles from Powell and himself.

Did I hear that right?

Anyone else catch Peter Goettler’s comment to Powell that Bitcoin Sign Guy is his son-in-law? #CatoMonCon pic.twitter.com/OPcgKz6sTb

In response to Goettler’s questioning on whether “regulators might ultimately strangle crypto,” Powell added that he also had “close family members” who argued that the technology was still in the development phase, suggesting Bitcoin proponents may be close to home. The Fed chair reiterated his views that unbacked crypto was largely a speculative asset and seemingly did not have support from the public for payments.

Langalis, who was 22 years old when he held up the Bitcoin sign at the congressional hearing, raised thousands of dollars in the aftermath of the image going viral. Five years later, many in the crypto space still reference the “Buy Bitcoin” act for parody and to illustrate how the landscape has changed. The BTC price was in the $2,000s when Langalis appeared on camera, but has since risen to $19,218 at the time of publication.

Meanwhile, on an alternate timeline… pic.twitter.com/mlBWhfYHxa

According to one wedding registry through Zola, Abigail Goettler married Langalis on April 30. It does not appear that the couple requested Bitcoin as a gift.