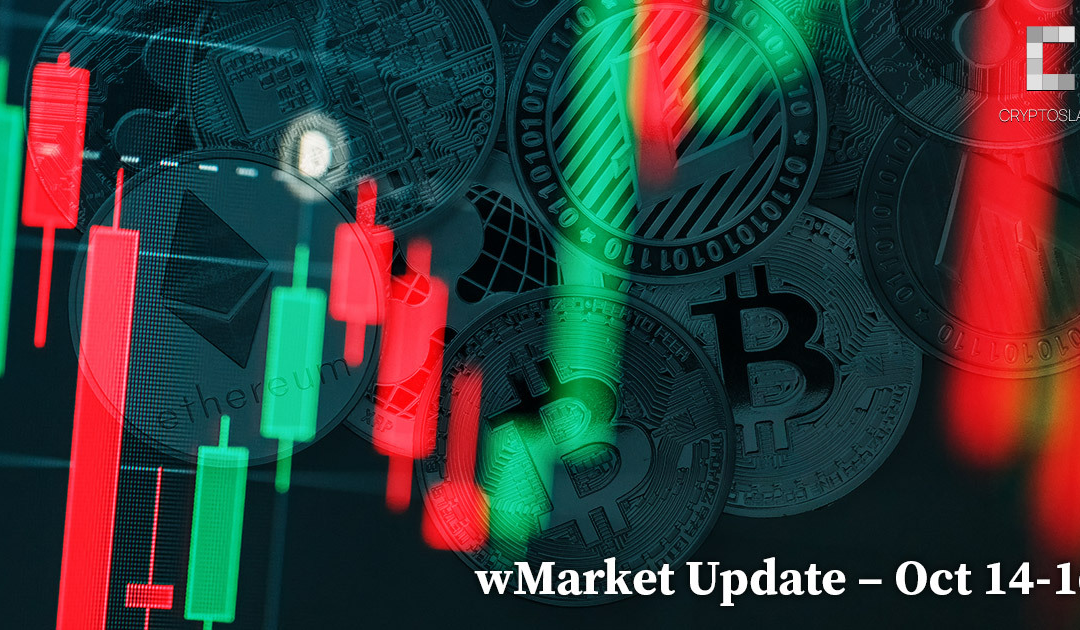 The top 10 cryptocurrencies posted marginal gains over the last 24 hours. The exception is XRP, which saw 3.2% losses. Meanwhile, Ethereum leads the large caps, growing almost 2% over the reporting period.

A sharp sell-off triggered by hotter-than-expected CPI inflation data on Oct. 13 led to a strong recovery that topped out at $19.960 on Friday at 02:30 (UTC).

The ensuing drawdown found support at around $19,000, with the weekend price action grinding along this zone until Sunday evening (UTC), when a 1% upside swing occurred. This was soon sent tumbling to previous support as bears took control.

SOLO lost 11% over the past 24 hours to trade at $0.34029 at the time of publishing. The liquidity protocol has experienced choppy price action over the past week. Its market cap amounted to $136.1 million.

USTC posted 5% losses over the past 24 hours to trade at $0.04076 as of press time. Despite re-peg attempts, the token continues to trade significantly below its peg price. Its market cap stood at $399.82 million.