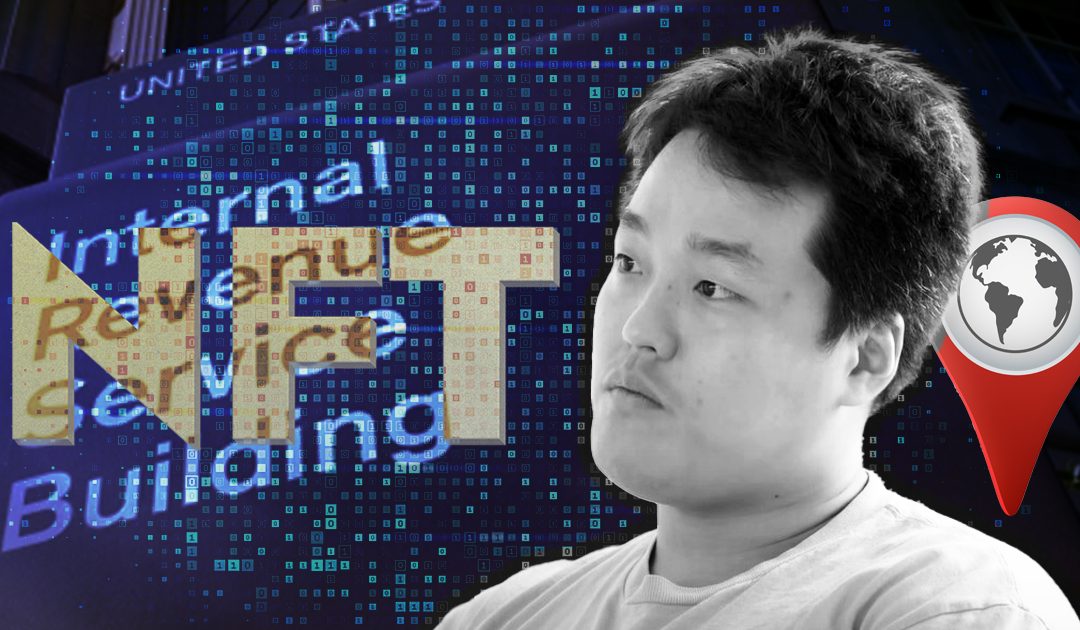 The biggest news in the cryptoverse for Oct. 19 includes the IRS classifying NFTs as digital assets for tax purposes, Cardano NFTs becoming the next gold rush,  Blockchain advocacy groups filing a motion to support Grayscale in the lawsuit against SEC, and top 10 metaverse tokens crashing as interest wanes.

The U.S. Internal Revenue Service (IRS) has classified NFTs as digital assets alongside stablecoins and cryptocurrencies.

The implication is that investors will be required to report their NFT income for tax purposes.

The LUNC community approved a proposal to reduce the tax burn from 1.2% to 0.2% while reserving 10% as tax revenue.

Binance had early burnt about 11 billion LUNC tokens and has agreed to apply the 0.2% tax burn in the next burning epoch.

Cardano NFTs touted as next gold rush after ‘Ford Edwards’ sells for $65,000

The Ape Society collection is the top NFT project on Cardano as “Ford Edwards” sold for $65,000.

With the sales volume of Cardano NFTs surging in recent weeks, many NFT investors believe that Cardano could be the next chain for the NFT boom.

The Israel Ministry of Finance has teamed up with VMware and Fireblocks to experiment with issuing and clearing government bonds through blockchain technology.

The central bank will digitize and disburse its bonds to participating financial institutions and expect to receive the assets back to the government’s wallet address,

Four blockchain advocacy groups filed an amici curiae to show their support for Grayscale in its lawsuit against the SEC for rejecting the GBTC spot Bitcoin ETF application.

The group accused the SEC of being discriminatory by approving Futures ETFs, without due consideration for spot alternatives that offer more protection to American investors.

The government of Madeira had shown its support for Bitcoin after it set up a panel in May to work towards integrating Bitcoin infrastructure into the local economy.

Despite resistance from the E.U., a panel discussion at  Bitcoin Amsterdam shows that Madeira’s Bitcoin project is seeing significant adoption. The Island nation is working to boost its economy much like El Salvador.

According to Coingecko’s Q3 report, the global crypto market capitalization recovered to a local high of $1.2 billion in August, after bottoming at $903 billion on July 19.

The DeFi market saw the most significant increase of up to 31%, while the NFT market declined by 77% over the period.

Bitcoin reportedly outperformed traditional assets in the equities market, except for the US Dollar index.

Carolyn Wilkins argued that crypto protocols are not as decentralized as they claim to be, given that their decision-making process is still largely influenced by a few large shareholders.

Wilkins called on the crypto industry to improve its governance structure, so as to increase transparency to help retain investors’ trust in the system.

A recent Whitehouse report on Crypto mining suggests that mining Bitcoin with methane can have positive implications for the climate.

It is estimated that Bitcoin mining could help mitigate the effects of methane pollution by 63% while reducing global warming by 2%.

As Bitcoin works to achieve carbon neutrality by 2024, it could surface as an effective tool to combat climate change.

UST Restitution Group in search of Do Kwon

UST Restitution Group is a collective of aggrieved retail investors who lost money to the Luna ecosystem crash.

Financial Times reports that the URG members are collaborating to share any useful cue that may lead to the track down of Luna founder Do Kwon. They are currently searching for him across Dubai, Russia, Seychelles, and Mauritius.

The former head of policy and regulatory affairs at Celsius Aaron Iovine has joined JPMorgan as its head of Crypto regulatory policy, according to Bloomberg.

The 12-week program will be a full accelerator with funding of up to $500,000 for each successful startup.